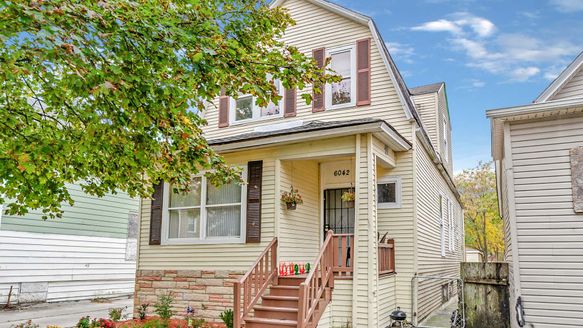 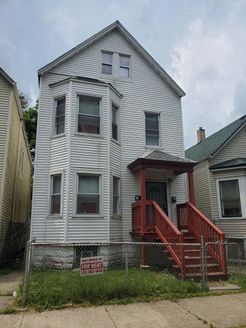 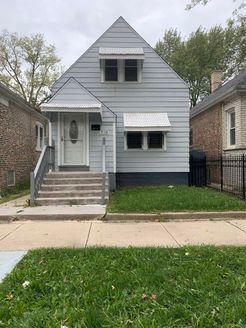 Englewood is a neighborhood on the south side of Chicago with a close community of neighbors who look out for each other. While the area has had its challenges facing high crime rates at times, there is so much more to Englewood that you may not find in the typical newspaper headlines. There are incredible pieces of history and culture hidden in Englewood if you take the time to find them.

Residents of Englewood stay in close knit communication through incredible neighborhood groups like the Resident Association of Greater Englewood. There’s also an amazing network of churches, non-profits, and social service organizations that lead projects to beautify the neighborhood by offering things like public artwork, park clean up projects, and history walking tours. Moving to Englewood you have no shortage of welcoming, hospitable neighbors who will guide you through your new home and show you everything that makes it great.

The History of Englewood, Chicago

Englewood was originally settled by German and Irish immigrants who worked on the railroads and in nearby stockyards in the mid 19th century. It was actually part of the town of Lake, Illinois at this time until it was annexed by the City of Chicago in 1889. Soon after a streetcar line was extended to Englewood which helped propel the neighborhood’s growth to a population over 90,000 by 1910. 63rd and Halsted became a thriving shopping district and Englewood prospered even through the Great Depression. However by the 1950’s with the advent of accessible car ownership, many residents moved away from the city and Englewood’s population shrunk. The once popular shopping district suffered and many businesses closed.

Around the same time urban renewal projects displaced many African-American Chicagoans who ended up settling in Englewood. By 1970 96% of Englewood’s population were black. The city attempted to revive the commercial corridors by building “transit malls” on two popular streets which they made limited to only pedestrian and bus traffic. Unfortunately this project failed. Over the next few decades crime rates increased in the neighborhood and many residents left, leaving abandoned empty buildings on many lots. However, today Englewood shows perseverance unlike any other neighborhood in Chicago. The south side of the neighborhood has a strong, stable housing market and area block clubs and community organizations are leading projects to transform Englewood’s streets and businesses into the thriving shopping district that once existed.

Englewood has a total population of about 24,000 people. Today the neighborhood is about 94% Black, 4% Hispanic or Latino, and about 2% other races or ethnicities. About 53% of households are made up of families, while about 47% are non-family household. Median income in Englewood is about \$21,000 which is significantly lower than the city’s median income level of about \$55,000. Only about 8% of the population has a bachelor’s degree or higher, but about 75% of residents are a high school graduate or higher.

Englewood is served by the CTA Green Line which runs along 63rd St. and has a stop on Halsted and Ashland. On the eastern edge of the neighborhood residents also have access to the CTA Red Line station at 63rd Street. A trip downtown on either line will take about 35 minutes. Plenty of bus routes serve Englewood as well including the 8 Halsted, 9 Ashland, 55 Garfield, 63 63rd St., and 71 71st St.

Housing types tend to be much less crowded in Englewood compared to other parts of Chicago. There are many single-family homes in the neighborhood followed by many 2-4 flat apartments. There are much less large apartment complexes in Englewood than you’ll typically find in other neighborhoods of Chicago. In terms of the actual style of home, you’ll find many of Chicago’s classic greystone homes throughout Englewood.

Many families and seniors who have lived in the area for generations make up Englewood. The family nature of the neighborhood brings many people together to hold block parties, plant community gardens, and host friendly gatherings. Most neighbors know each other and will frequently attend each other's birthday parties, weddings, and other celebrations. The neighborhood is relatively quiet compared to the hustle and bustle of downtown or Chicago’s more congested neighborhoods, which makes the area ideal for those looking for a friendly, calm community devoid of the stress that can come with city living.

Chatham
Back Of The Yards
Grand Crossing
Marquette Park

Home prices are very low in Englewood and have been that way for a long time, but unfortunately this is due in large part to the high crime rates in the area. In more recent years however there have been several initiatives to improve safety in the neighborhood along with the opening of institutions like Kennedy-King College which have helped improve home values. The southern portion of Englewood as well as residential streets just off of the 63rd St. commercial corridor tend to have the most stable home prices.

How Safe is Englewood, Chicago?

Unfortunately Englewood has some of the highest crime rates in the city. This makes the area less safe than most neighborhoods in Chicago. Sadly a great deal of the crime is related to gang activity. However, many locals familiar with the area believe that crime is concentrated amongst gang members and if you do not associate with that lifestyle, you can feel just as safe in Englewood as you would in many other parts of Chicago. Another positive is there have been an increasing number of community organizations in recent years who have banned together to fight crime in the neighborhood and make the streets safer for everyone.

Are the Schools in Englewood, Chicago good?

Schools in Englewood rank lower than average compared to the city as a whole. The largest K-8 elementary schools in the neighborhood are Stagg, Parker, and Mays, and Nicholson which all rank lower than average according to Greatschools.org. However, the neighborhood high school is Englewood STEM HS which just recently opened in 2019. While it's too early to evaluate the school’s overall performance rating, it is equipped with top-of-the-line facilities and technology to give students the best opportunity to achieve success.

Chicago Wings Around the World

What to Do in Englewood, Chicago

While there aren’t any officially designated off-leash dog parks in Englewood, there’s still plenty of space for dogs to run around. Ogden Park is a great green space for your pooch to get some exercise. Not to mention, many lots in Englewood are large enough to hold a fenced backyard, making it much more dog-friendly than cramped neighborhoods closer to downtown.

Is Englewood, Chicago Good for Cycling?

Bicycle infrastructure in Englewood isn’t perfect, but it’s not the worst either. Marquette Rd. is a comfortable east-west route for cyclists with a designated bike lane, while Halsted St. offers a convenient buffer protected bike lane for those traveling north-south. While these two routes are helpful, there definitely could be more investment in the neighborhood’s bike transportation options that cyclist advocates are hoping for in the years to come.

3 Things to Know Before Moving to Englewood, Chicago