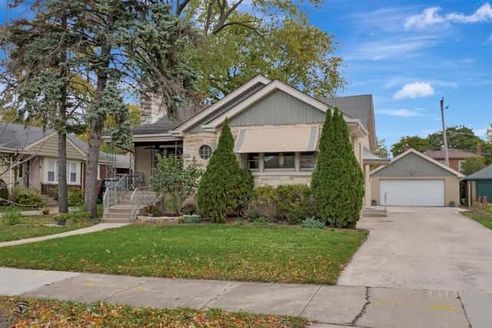 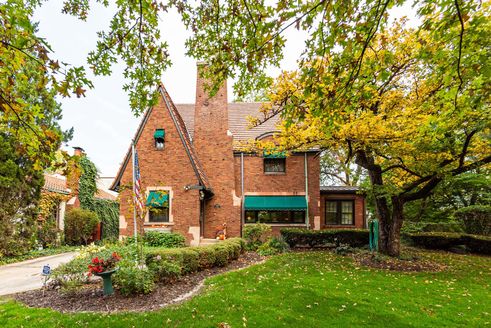 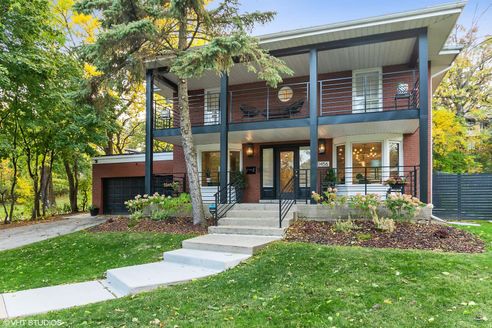 Tucked away in the most southwesterly corner of Chicago, Beverly is one of the city’s greenest neighborhoods. It’s known and loved for its hilly terrain and nature preserves, both of which contribute to the quiet suburban atmosphere that you’ll find in Beverly. You won’t be surprised then, that Beverly is often the number one choice for families wishing to settle down in a Chicago neighborhood.

Second, to its ample green space, Beverly is famous for its Irish roots and European architecture. Mock Tudor houses and Spanish-inspired architecture make up the majority of housing in Beverly and offer up a unique property for anyone looking to buy or rent in one of Chicago’s most distinctive neighborhoods.

The History of Beverly, Chicago

Once a rural outpost of Chicago, inhabited by Irish and European farmers, Beverly didn’t come into its own until the late 19th century, after the completion of the suburban railroad. With its newly improved transport links, Beverly became a popular commuter town in the 20th century. Up to this day, this convenient suburban neighborhood has remained a popular choice among city workers and has also become a hotspot for the arts and a place to celebrate its Irish roots.

Just over 20,000 residents call Beverly their home, with white-European and African-American communities making up the majority of the population. Boasting many large detached homes, it’s not surprising that families form the main demographic in the neighborhood. The majority of workers are employed in the educational, healthcare, or public administration sector.

Despite sitting so far south of the city center, Beverly has numerous transport links that connect it to the city center and its suburbs. The Rock Island rail line is the fastest route into the city from Beverly, taking just over thirty minutes to reach the CBD. There are also many bus routes that flow in and out of Beverly, though these take a little while longer to make the 15-mile journey into Chicago’s city center.

Much of the housing throughout the Beverly neighborhood is stand-alone detached houses. They boast some of the highest prices for homes in the southwest of Chicago, based on the location alone. You’ll also find a handful of modern condos and apartments in the area, though these are outnumbered by the older buildings and detached homes. Prices for this area are hitting the half-million-dollar mark with ease.

Neighborhood life in Beverly is one of a quiet and relaxing suburban lifestyle punctuated by times of celebration, such as the St Patricks day parade. The open green spaces create a neighborhood atmosphere of suburban and rural charm with the still added attraction of being part of Illinois’ biggest city. The tight-knit Irish community is seen at is closest in the long line of Irish bars that now call Western Avenue home.

The real estate trend in Beverly shows a highly competitive market and one that increases in demand as the property prices skyrocket in central Chicago. Many of the properties in Beverly break the half-million-dollar mark with no sign of dropping. The majority of the houses get multiple offers, and it is rare that any are sold under the asking price; this is a testament to the competitive nature of the real estate economy here.

The Truth about Beverly

How Safe is Beverly, Chicago?

Beverly is considered one of the safest neighborhoods in the entire Chicago city area. Its suburban feel means there are very few people walking its streets who do not live in the area. This lower foot traffic and absence of nighttime interaction in the streets often lessens the chance of opportunistic crimes. Chicago crime statistics show that Beverly’s crime rate is well below both the city and state averages.

Are the Schools in Beverly, Chicago good?

There are a handful of schools in the Beverly area, and all school stages are covered, from elementary to high school. One of the highest rated schools in the Beverly neighborhood is the Kellogg Elementary School on the northside of Beverly. This school teaches from kindergarten right up to 8th grade and is considered one of the best in all of southwest Chicago.

Although considered a quiet and suburban area, Beverly has its fair share of places to dine and often attracts outsiders to its bars and restaurants.

What to Do in Beverly, Chicago

Slowly growing as an artistic center, this once bustling Irish community now offers up much more to do in town than just its famous St Patrick’s day parade.

With the many green spaces and parks scattered around Beverly, the neighborhood is considered a great place for pets and is definitely dog friendly. With less traffic and many places to walk your family pet, dog owners flock to the Beverly suburbs.

Is Beverly, Chicago Good for Cycling?

With the lessening of road traffic, Beverly is an ideal and safe place for cyclists. You won’t find lots of cycle lanes in the neighborhood itself, but head to Dan Ryans Woods and you’ll find yourself at the trailhead of one of Chicago’s most scenic cycling routes, the Major Taylor Trail.

4 Things to Know Before Moving to Beverly, Chicago