Yes, it’s true. Manhattan neighborhoods do get less sunlight in the winter than elsewhere in the city.

As the days get shorter, many buildings in New York neighborhoods may feel even darker than others — and yes, the majority of those are in Manhattan.

Localize.city data scientists and Geographic Information Systems (GIS) specialists uncovered New York City’s darkest and sunniest neighborhoods across the boroughs in the winter months. The analysis was part of a bigger sunlight access project by Localize.city, a real estate knowledge platform that creates dozens of insights for every address in New York City.

Localize.city tells you how much direct sunlight every building gets as well as the hours when each facade is brightest. As part of this massive and groundbreaking research, the team created a sunlight profile for each borough based on how much sun its buildings get, and the team analyzed sun exposure for neighborhoods as well. They used detailed three-dimensional building models to calculate how much direct sunlight on every building facade is blocked by shadows cast from neighboring structures. The analysis also included a detailed study of street orientations.

Don’t be SAD. Be informed.

Access to sunlight has very real implications for health and wellness. In the late fall and winter months, those with Seasonal Affective Disorder, or SAD, know all too well how the darker days bring on depressive symptoms, listless feelings and increased moodiness.

>> Check  your address on Localize.city to see how much direct sunlight your building gets.

Light therapy boxes may be one way to help, but many New Yorkers — whether they suffer from SAD or not — crave natural light. Yet, knowing how much bright light a home gets is difficult to know before you move in. Open houses, after all, tend to be held during the brightest times of the day. That’s why Localize.city gives you the full rundown on sunlight at different times of day throughout the year for every facade — so you know what it’s like before you sign your next lease or sign your contract. It is one of the platform’s many insights, which include whether an area is bike-friendly, where there is new construction nearby, what the local schools are like or whether there are noisy bars keeping residents up at night.

Manhattan is, in fact, darker than other boroughs.

The gap between Manhattan and Staten Island, in terms of sunlight in winter, is vast.

In fact, Manhattan building facades get, on average, half the amount of Staten Island buildings, which is perhaps no surprise given the verticality of Manhattan, with buildings blocking each other’s precious access to the sun. 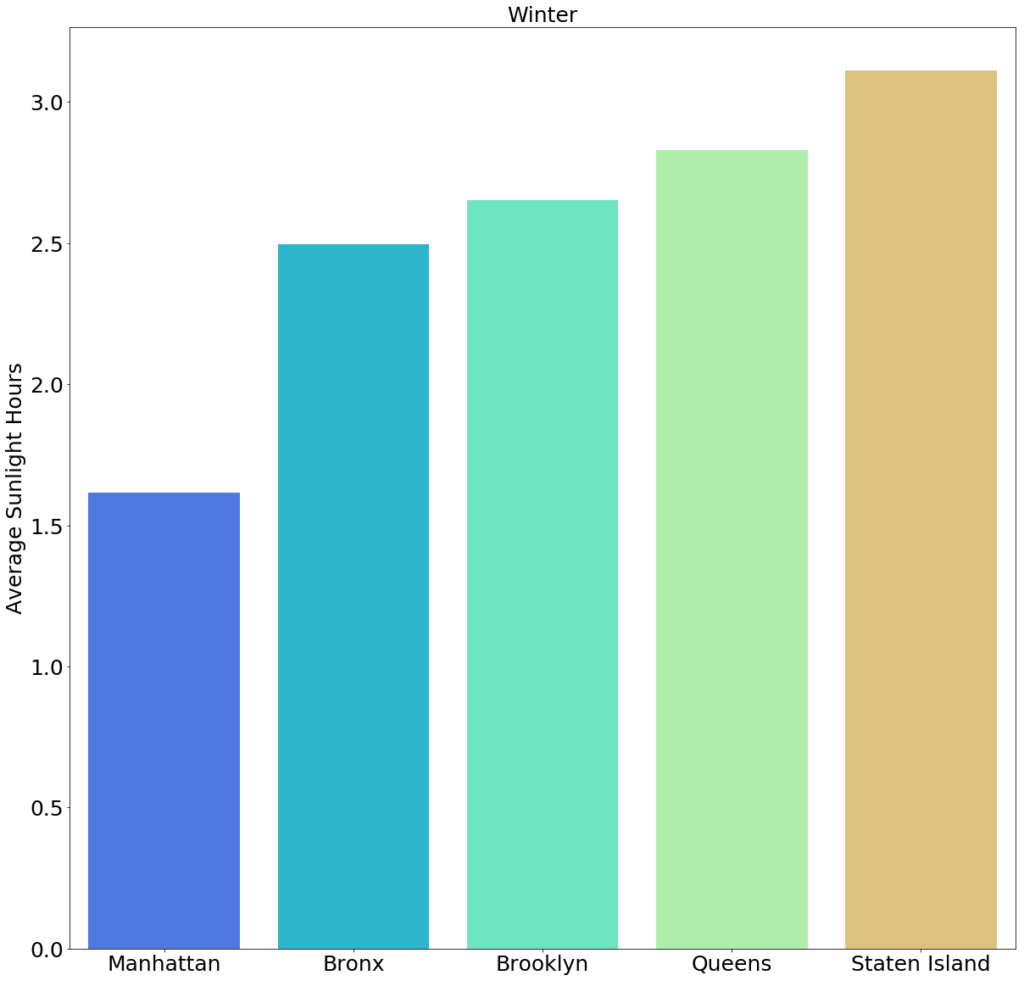 Figure 1: Average amount of direct sunlight hours in the winter for all five boroughs

Having a high concentration of buildings in a neighborhood lacking direct sunlight doesn’t seem to affect the area’s real estate prices.

Buildings in Manhattan neighborhoods tend to get less direct light than those in other boroughs — yet Manhattan real estate, on the whole, is far more expensive than its neighbors. In Brooklyn and Queens, several neighborhoods with darker buildings are also among the priciest and most coveted in their boroughs. Brooklyn Heights, Dumbo and Forest Hills, for instance, are among the top 10 in their boroughs for buildings with least amount of direct sunlight.

Southern exposures won’t save you.

South-facing windows, which are considered the sunniest, see the greatest amount of direct sunlight blocked by buildings in the winter. That’s because the sun’s angle is much lower above the horizon in the winter, creating longer shadows during the day when the sun is in the south.

In short, even though southern walls are considered sunniest, they tend to “suffer” more from obstructions than other walls in the winter. In Manhattan, for instance, a southern facade gets, on average, three hours of direct sunlight in the winter.

To help understand what’s happening at the neighborhood-level, Localize.city identified the direction that each street runs, along with a general assessment on what it means to live on a street running in a particular direction.

Street grid orientation has a significant impact on the times of day a street will be shaded or sunny. It also affects how much sun the buildings on a particular street tend to receive and when they get it. In that sense, the orientation of a street, and more importantly, the street grid itself, can often determine the amount and the time an entire area or neighborhood receives sunlight.

Streets that run north/south, for example, receive a good amount of sunshine during winter days, while east/west-running streets tend to be shaded, making them dark and cold in the winter.

We found the darkest and sunniest neighborhoods in each borough (except Staten Island).

Midtown buildings, for instance, only get an hour of direct sunlight a day, on average, during the winter. Its neighbors — East Midtown, Midtown South and Nomad — are the city’s next darkest neighborhoods in winter.

Manhattan’s sunniest neighborhood, as of now, is Hudson Yards — but that will likely change as construction reshapes the area. Next in line is Roosevelt Island, which has a Manhattan ZIP code, but often feels a world away from the rest of Manhattan.

Brooklyn Heights was the darkest neighborhood of Kings County in the winter, while the suburban-like Old Mill Basin was the sunniest.

The ritzy neighborhood of Brooklyn Heights topped the darkest neighborhoods; Dumbo, another pricey neighborhood, was in the top 10 as well. Those these are waterfront neighborhoods — which often means great views and more sky —  they have a higher concentration of taller buildings as well as some shorter ones in between, and those low-rise buildings tend to be the shadiest.

All of the sunniest Brooklyn neighborhoods were also on the water or have waterways running through them, like Gowanus or East Williamsburg. But they are largely industrial areas with low-lying buildings or suburban-like areas largely made up of one- or two-family homes.

The small neighborhood of Tremont in the west part of the borough is the darkest, while Eastchester, which is on the border of Westchester and dominated by one- and two-family homes, is sunniest.

In The Bronx, there’s a clear east-west divide. The borough’s western neighborhoods, which tend to be more densely populated with apartment buildings and often have elevated subway tracks running through them, are the darkest. The eastern areas, many of which are suburban-like areas with one- and two-family homes, like Throgs Neck, Pelham Gardens and City Island, are the sunniest.

The Bronx’s darkest neighborhoods in winter

The Bronx’s sunniest neighborhoods in winter

Sunnyside is, ironically, the darkest in winter. Meadowmere, on the border of Long Island and very much looking like its suburban neighbor, is sunniest.

As in other boroughs, the areas with buildings that get the least amount of direct sunlight tend to be dominated by apartment buildings, where there is a mix of taller structures then blocking the sun of shorter ones. The sunny neighborhoods tend to be the least dense, most suburban ones.

The analysis did not break down Staten Island neighborhoods.