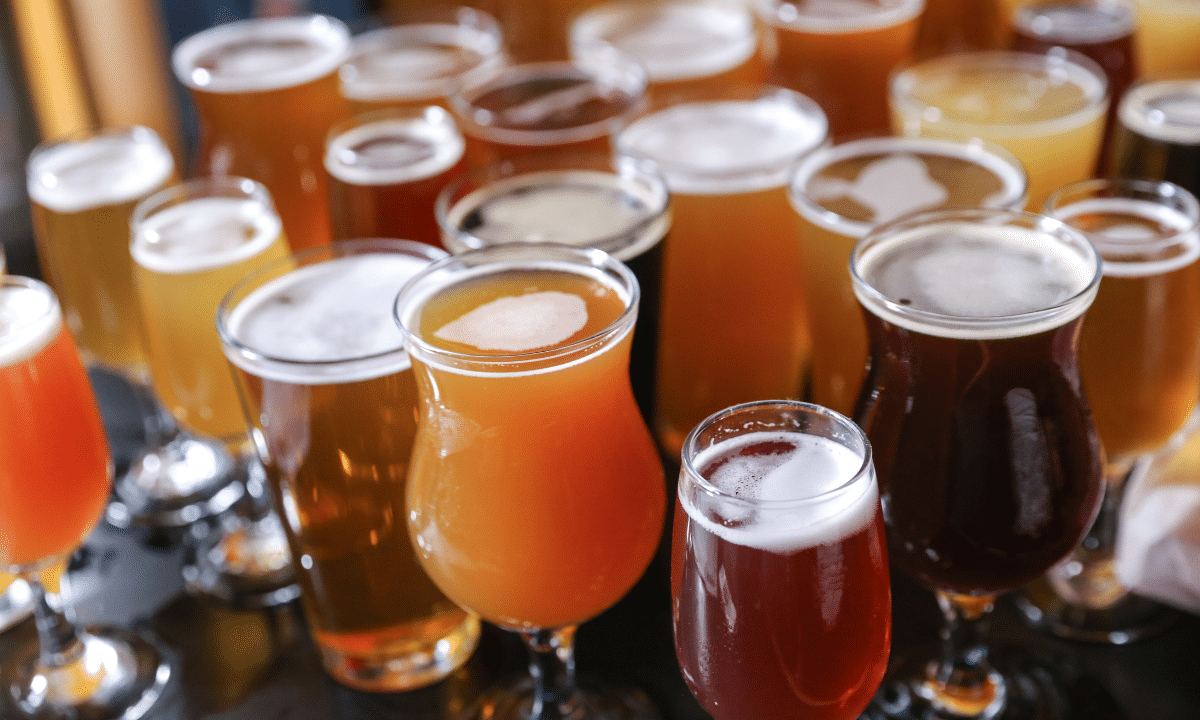 Now that spring is in full swing, there’s never a bad time to enjoy a beer outside, ideally in the sun, along with some snacks and a few close friends. If you have yet to grab a pint this season, make time to do so this Wednesday, April 7, in honor of National Beer Day. Anyone celebrating in NYC will be downright spoiled with great choices.

Breweries and taprooms abound across the city’s boroughs, from the Bronx to Coney Island, and just about every kind of beer drinker can find something to enjoy at one of them. Whether you like a triple IPA with an ABV in the double digits, or a humble lager to sip with some salty chips, there is a perfect pint of beer waiting for you in NYC’s rich brewery scene. Here, we’ll highlight 10 of the brightest stars in the city’s beer-making constellation.

Check out these NYC breweries

Sure, this brewery offers all the features and perks we’ve come to expect from a craft taproom (luxurious backyard, extensive list of beers, delicious snacks), but Bronx Brewery is also a force for the greater good. Their community-supporting efforts include offering brewing internships to BIPOC and other under-represented communities, sponsoring restoration efforts around the South Bronx, and donating beers to medical workers and first responders. This decade-old brewery shows plenty of love for its home borough.

No NYC beer guide is complete without the renowned Brooklyn Brewery. This award-winning Williamsburg institution has been open for business since 1996, with its lager serving as its original cornerstone brew. Since then, its beer list has expanded to feature several varieties of IPA, a sour ale, and an array of seasonal drinks, to boot.

A visit to the Coney Island boardwalk just isn’t complete without grabbing a cold pint of Mermaid Pilsner at the Coney Island Brewery taproom afterward. Founded in 2007, the brewery gained early notoriety as the “smallest brewery in the world,” only to have its original location destroyed during Hurricane Sandy. Its current taproom opened in 2015 and, ever since, has provided a wide variety of beers, snacks and good times to a neighborhood already known for its fun, whimsical atmosphere.

For an elegant drinking experience, visit Finback’s sophisticated Queens brewery. Minimalists will love the decor and streamlined aesthetics of the brand’s packaging, while lovers of dark, complex microbrews will see their tastes reflected in Finback’s tap list. New brews and varieties are released every two to three weeks, so the selection never gets dull.

Design fans will want to stop by Grimm’s taproom the next time they’re in East Williamsburg. Amid the modern decor and many houseplants, visitors can enjoy a curated menu of snacks and a draft list that runs the gamut from table beer and lagers to triple IPAs and dark sours.

6. Other Half Brewing Company

IPAs — hazy, hoppy, stronger-than-your-average-beer IPAs — are the must-try drink at Other Half. Just a couple blocks from the F and G stop at Smith and 9th Street, this inventive brewery boasts true beer bonafides. Although the Carroll Street taproom is its flagship, Other Half also has locations in Williamsburg’s Domino Park, the Finger Lakes in upstate NY, and Washington, D.C.

Founded in 2004 in the Brooklyn neighborhood of Red Hook, Sixpoint Brewery has risen to fame for both its unique “nanokeg” can (released in 2010) and its lip-smacking, ever-broadening roster of beers. You can now find its taproom just around the corner from the equally iconic Red Hook establishments Hometown Bar-B-Que and Brooklyn Crab.

In addition to its taproom in Gowanus, Strong Rope has another one in the Adirondacks for the next time you find yourself upstate. A proud NY-based business, Strong Rope works closely with several of the state’s finest hop farms and maltsters. Strong Rope devotees can join the brewery’s mug club, which provides members with a personalized glass mug, free beer, and taproom discounts.

This female-founded brewery boasts a shiny new taproom and a thoughtful assortment of sophisticated beers. Described as “fruit-forward” with minimal bitterness, Talea’s beers are approachable without lacking nuance.

A short walk north from Strong Rope, you’ll find Threes Brewing and its vast, inviting backyard. Those with straightforward palettes can enjoy a lager or IPA, while thrillseekers should order one of the brewpub’s mixed culture concoctions. If you need an eye-opener after a couple of pints, the space is also home to a 9th Street Espresso outpost.

Like we said, there are almost too many breweries to choose from in New York City. Beer drinkers can rest assured they’ll never want for delicious, locally made beer.