If You Were Friends With Mrs. Maisel Where Would You Live in NYC?

If you love the television series, The Marvelous Mrs. Maisel, you have probably also been charmed by her sprawling apartment and 1950s New York City. Check out our guide on how you can get your very own Midge worthy apartment.

This is an American period comedy-drama series that is set in New York City in the 1950s and 1960s. The show revolves around Miriam “Midge” Maisel, who is an upper class housewife living in Manhattan.

She discovers her talent in stand-up comedy and starts to actively pursue it as a career. In The Marvelous Mrs. Maisel, we get to follow along with her adventures and misadventures as she navigates her new stand-up comic career.

The apartment and office buildings of this time period in New York City fall into the category of post war, or post World War II. During this time period, many architects started designing apartments with a more modernist style and clean touches rather than the unique finishes of pre war apartments.

Many of these post war apartment buildings are made with red or white brick and tend to look similar to one another. They also tend to have large windows, central air conditioning, and better apartment layouts.

However, it is important to note that the apartment Midge and her parents live in on the show is a prewar home. This can be seen through the unique design of the apartment such as the decorative fireplace, crown molding, hardwood floor with decorative borders, and a coffered ceiling. Their apartment also does not offer central air conditioning and radiators can be seen within it.

Where Does Mrs. Maisel Live

So if The Strathmore was used as exterior shots, what about The Marvelous Mrs. Maisel apartment floor plan?

The Strathmore was designed by Schwarts & Gross and built in 1909, which makes it a prewar building. While the apartment in Marvelous Mrs. Maisel features the original apartment floor plan, over the years, many of these apartments were broken up into smaller units. This is due to the needs of people as well as lifestyle changes where people no longer needed such large apartments. However, you are still able to rent or purchase any of these spaces and live in your dream Mrs. Maisel apartment!

The building currently holds 48 units and is 12 stories high. How much does it cost to live in an apartment in The Strathmore? According to Localize.City, the last apartment sold in November 2017 for $5.2M and the one before that in August 2017 for $1.49M. It is safe to say that it’ll cost you quite a bit to be able to own one of these apartments.

Check out the neighborhood, Morningside Heights, where The Strathmore is located and get alerts for new available listings here!

In terms of cost of living, the Upper West Side is index number is 225.7, which is more than twice the national average. The biggest reason for this huge difference is due to the housing market where rent in NYC in general is higher than most other cities.

However, other things such as eating out at restaurants frequently and entertainment, such as concerts, sports games, movies, etc. can also attribute to the high costs. Now, this doesn’t mean that moving to this neighborhood is impossible, but may require some saving and budgeting.

So, if you’re looking to move to the Upper West Side, be sure to manage your money accordingly and save up for your dream apartment. Not only that, but it might also be a better option for you to rent rather than buy. We have plenty of rental apartment options for you to choose from!

Upper West Side Apartments For Rent

Along with her beautiful prewar apartment, Greenwich Village, also known as just “The Village,” is also a prominent feature in the tv series! It is where the cafe Midge first performs her stand-up acts and various visits to other places are located. This includes The Gaslight Cafe, Kettle of Fish Bar, The Music Inn, and La Bonbonnierre.

Greenwich Village is known for its counterculture movement and American bohemian culture during the 20th century. It is also known for the more modern LGBT movement. Within The Village, there are plenty of bars, restaurants, coffee shops, and parks for everyone to enjoy. There are also Off-Broadway Theaters and jazz clubs.

If this neighborhood on the West Side of Lower Manhattan has caught your attention, here are a few rental apartments you can consider!

Now that we’ve talked all about Midge’s amazing living space in Marvelous Mrs. Maisel, we hope you are able to get your own dream apartment in New York City. 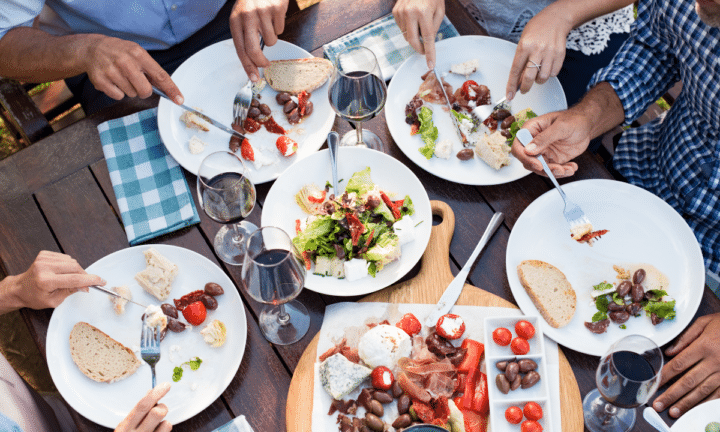 The 8 Best Lunch Spots on the Upper West Side