What real estate market is more affordable: NYC or LA? 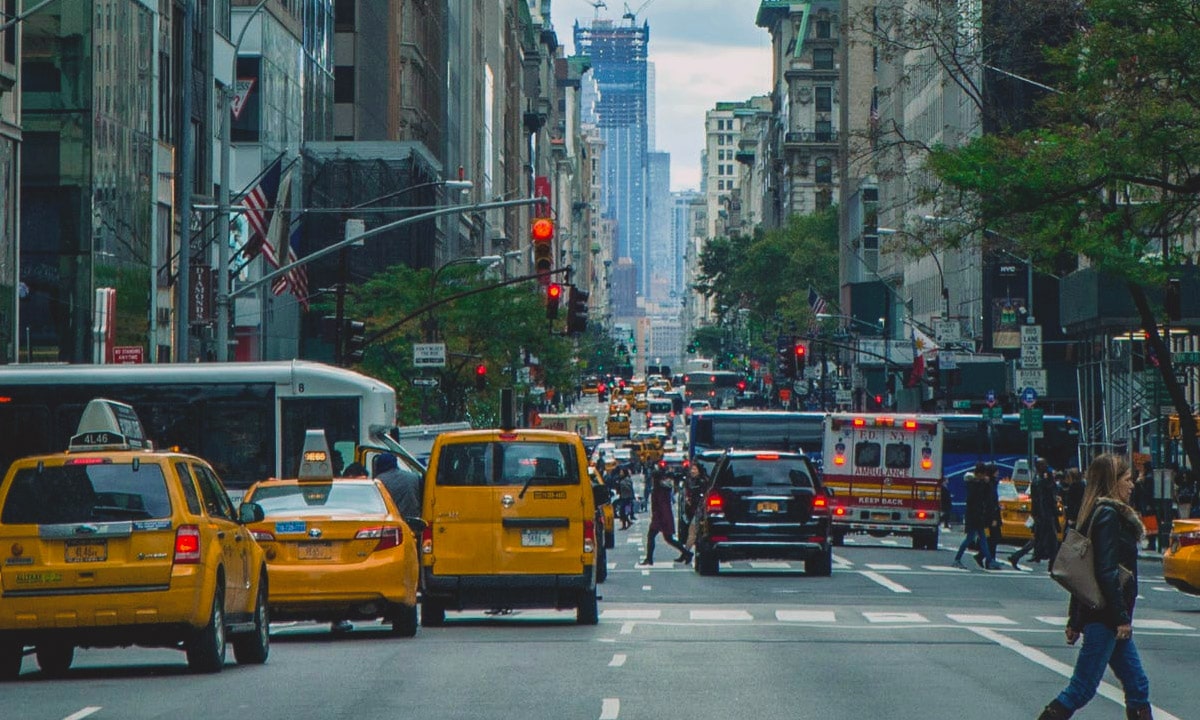 Which is better: New York City or Los Angeles? This is how far your money can go in each city, including real estate. Let’s investigate.

New York City is located in the State of New York and is made up of five boroughs: Manhattan, Brooklyn, Queens, the Bronx, and Staten Island. Despite the small land size and essentially being made up of islands, it is the most populous city in the U.S. with about 8,336,817 residents in 2019. It is also one of the most densely populated cities with about 28,210 people per square kilometer.

NYC is known as a major center for entertainment, finance, fashion, technology, art, sports, and even international diplomacy. The city is home to the headquarters of the United Nations, the Statue of Liberty, Times Square, Broadway, Wall Street, Central Park, and many other famous landmarks.

In fact, many tourists come yearly to visit and the city had a record of 62.8 million visiting tourists in 2017. The Big Apple is also recognized as a melting pot with about 37%, or 3 million foreign born residents living in the city and ethnic enclaves have formed in various neighborhoods.

Los Angeles is located in Southern California and is the largest city in California. The city is primarily a desert basin but is surrounded by mountain ranges, valleys, and beaches along its Pacific Ocean coastline. LA is the second most populous city in the United States with about 3,979,576 residents in 2019 and has a population density of 8,092 people per square kilometer.

It is known for its entertainment industry, manufacturing, and international trade, but has a diverse economy and hosts businesses in various professional and cultural fields. The city also has a growing high-tech and digital media industry and is often known as the “Creative Capital of the World” because one in six residents work in the creative industry. This includes artists, writers, dancers, actors, musicians, and filmmakers..

Los Angeles is home to Hollywood, Walt Disney Concert Hall, Hollywood Walk of Fame, Griffith Observatory, Getty Center, and other famous tourist attractions. Similarly to NYC, LA is also known as a melting pot with about 37.3%, or 1.5 million, of its residents being foreign born.

Both the Los Angeles and New York City real estate markets are very competitive as housing is in high demand. In terms of LA, rentals are a lot more popular than home owning as only 36% of LA residents own a home, while 64% pay rent. An advantage of NYC’s housing market is its strong appreciation rates. From 2000 to 2018, houses in New York City have increased in value by an average of 4.52% annually.

However, recently due to the COVID-19 pandemic, both markets have taken a hit. As NYC was affected more severely during the pandemic, its market became semi-frozen with price drops in both rentals and homes for sale. So how is the NYC market doing now and should you buy a house in NYC in 2020? As home listing prices have gotten price cuts along with low mortgage rates and the reopening of NYC, it can be a great time to take advantage of lower prices in NYC. As the city starts to open up, the real estate market is also starting to pick back up which can mean increasing home values as the city returns to normal.

If you’re home searching on a budget, then you may be wondering what types of apartments and housing you can get in Los Angeles compared to New York City. Let’s explore housing for rent and homes for sale in both cities.

If your monthly budget for rent is $2,000, there are plenty of housing options for you in both cities. While NYC may have higher housing costs in general, with a maximum of $2,000/month, the housing situation in both cities are actually pretty similar.

In Los Angeles, the types of places you can get are usually studios or one bedroom spaces that can range anywhere from 300 sqft to 2,000 sqft depending on the city you choose. Some spaces are apartments while others are smaller individual homes. The majority of housing in Downtown LA are high rise apartment buildings. Those out of the downtown area are mostly smaller apartment buildings that are only two or three floors high and spaces outside of the metro area tend to have more greenery around the property. However, if you’re looking to rent in Beverly Hills, then your $2,000/month budget won’t cut it since the median rent in the area is $8,000.

In New York City, with a $2,000/month budget for rent, you can get yourself a studio or one bedroom apartment space. If you prefer to live in the busier borough of Manhattan, then the spaces available to you are studios and one bedrooms. However, if you’re looking for more space, it’s possible to find 2 bedroom spaces in boroughs like Queens. Similar to LA, you are able to find decent apartment options even under $2,000 in the Manhattan area. Even better for NYC, these cheaper apartment options have nearby transportation so you don’t need to worry about owning a car.

Best apartments for rent in NYC for $2,000/month and under:

What kind of home can you buy with $1M?

With popular cities such as LA and NYC, purchasing a home can cost a lot especially if you’re looking to own luxury property in upscale neighborhoods. However, you don’t always have to spend millions for a great home. So what does $1 million get you in both of these cities?

In Los Angeles, the types of spaces you can get depends on which neighborhoods you decide to look into. If you want a space in Downtown LA, $1 million will get you a studio, 1 bed, or 2 bed apartment in one of the city’s high rise buildings. The majority of these spaces are lofts and can range from 500 sqft to 2,000 sqft. You can also buy property in the Hollywood area where you can find both apartments and townhouses. However, if you’re looking to live in neighborhoods like Beverly Hills, then you just may be out of luck since the median home cost in that neighborhood is $3,509,200.

Houses for sale in NYC can range dramatically depending on what neighborhood and apartment buildings you’re looking at. However, there are plenty of housing options within the $1 million range. This includes studios, 1 bed, 2 bed, and even 3 bed apartments. With $1 million, you can even afford to live in affluent neighborhoods in NYC where celebrities flock to such as the Upper West Side, Upper East Side, and Tribeca.

Even with half the budget, you can still afford to purchase property in popular neighborhoods in Manhattan. Compared to LA, with this budget in NYC, you’re able find more available listings in the same neighborhood as celebrities. This could be because homes in NYC are mainly in high rise residential buildings rather than individual homes or townhouses. So in general, the real estate market in New York City can offer a larger pool of available living spaces.

Homes in NYC for $1M and under:

Now that we’ve talked all about both NYC and LA, which city are you more drawn to? If New York City has caught your eye, Localize is here to help make your apartment search easy and stress-free. With our insights, we help you easily find a home that is perfect for your lifestyle and needs.