What apartment can you get for $2,000 a month in NYC vs. Chicago 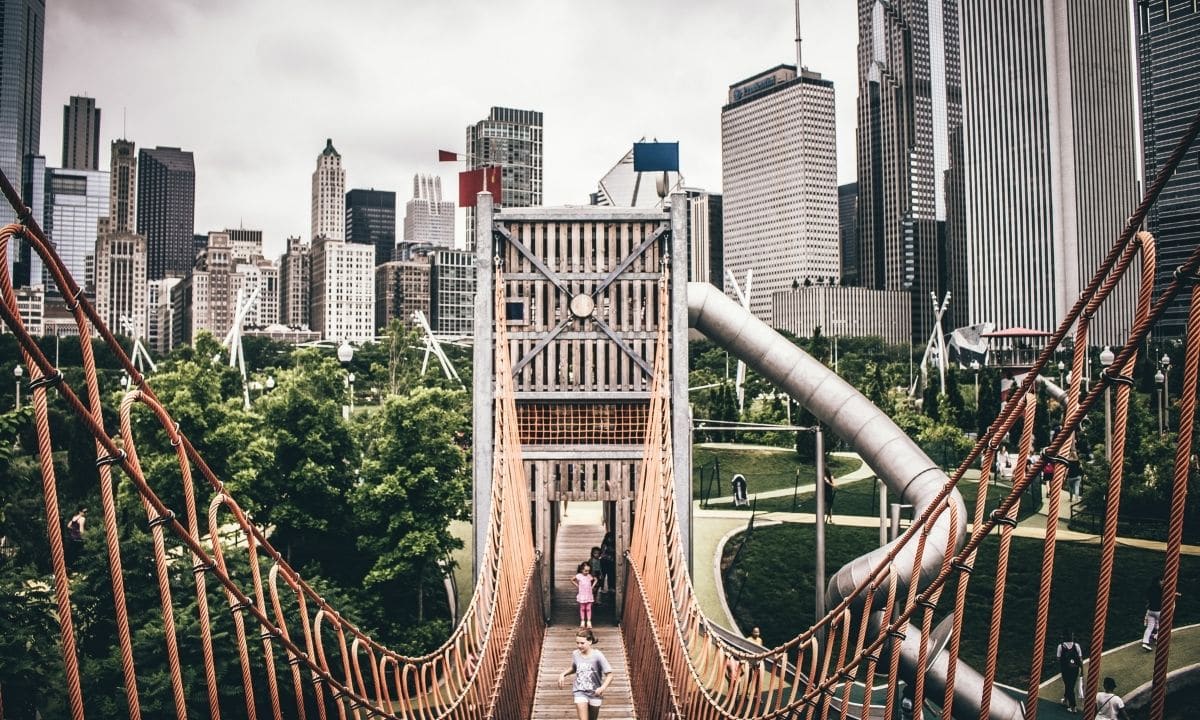 Living in a big city on a budget can be hard. Let’s see what kind of apartment spaces both cities offer for just $2,000 a month.

Chicago and New York City are two of the largest cities in the United States. They have various similarities in that they are hubs for entertainment, finance, commerce, culture, technology, and much more.

The most common types of apartments in NYC

One of the most popular apartment styles in NYC are condos and co-ops. They make up almost 75% of the housing market in Manhattan. These are usually apartment units found in the city’s many mid-rise and high-rise buildings.

NYC is also know for its prewar apartments style. These apartments are located in prewar buildings built before World War II. You can usually find this style of apartments on the Upper East Side, Upper West Side, and Brooklyn Heights. They feature crown moldings, thick walls, and have unique and unconventional layouts.

The most common types of apartments in Chicago

First, one of the most common apartment styles in Chicago are ones found in the newer high-rise apartment buildings. You can find these mostly within the downtown neighborhoods such as Streeterville, West Loop, and River North. These apartments usually feature plenty of high end amenities and services along with fine finishes to the apartment.

Another popular apartment type in the city are condos and lofts. These spaces were made by converting warehouses in the 1980s. Unlike the newer high rises, these are smaller buildings with just a few floors. You can find these types of apartment buildings in neighborhoods like RIver North and along the Chicago River.

With the many unique neighborhoods in New York City it can be difficult to pick just one to call home. We’ve narrowed down the neighborhoods to just the four trendiest neighborhoods you can find here in the city. Let’s see which ones have made the list.

Tribeca is a neighborhood in Lower Manhattan. The name of the neighborhood is an abbreviation for “Triangle Below Canal Street”. Tribeca is best known as a popular neighborhood for actors, models, entrepreneurs, and celebrities.

There are 19,794 residents in the area and the neighborhood is one of the most expensive areas in Manhattan to live. The average rent in Tribeca is $5,607. While it may be difficult to find the perfect apartment with a budget of $2,000 a month, there is currently one listing on the market that is close to this budget. This studio apartment in Tribeca goes for $2,300 a month.

Soho is a trendy neighborhood in Lower Manhattan. Its name is a reference to how the neighborhood is “South of Houston Street”. The area is best known for its converted artists’ lofts, artist residents, and art galleries.

There are about 10,936 New Yorkers living in this neighborhood and the average rent here is $5,301. While this average might seem high, there are various listings on the market that are $2,000 or less per month. This includes this West Broadway studio and this 400sqft studio space.

Williamsburg is a neighborhood found in the borough of Brooklyn. There are 138,984 people living in this area and it is home to various enclaves. This includes Hispanics, Puerto Ricans, Italians, and Jews. Williamsburg is best known for its “hipster” culture, large art scene, and music scene.

The Upper East Side is a neighborhood in Manhattan bounded by the East River on one side and Central Park on the other. UES is one of the most affluent neighborhoods in NYC. It is best known for its famous residents and various cultural institutions in the area.

With the various neighborhoods in Chicago, you can choose to live in the busy downtown of the city or the quieter suburban areas. Luckily there are trendy neighborhoods in both types of lifestyles. Here are four of the trendiest neighborhoods you can find in this city.

Lincoln Park is a community area on the North Side of Chicago. It is one of Chicago’s most affluent neighborhoods and the home to the largest park in the city. The area also has a vibrant nightlife and entertainment scene.

The neighborhood is home to 68,697 residents and the average rent is $1,846 per month. There are plenty of apartments to choose from that fit a $2,000 a month budget. You have a range of apartments to pick from such as this studio space, this 900 sqft 1 bedroom apartment, or this 2 bedroom listing.

Wicker Park is a neighborhood in the West Town community area of Chicago. It is best known for its hipster culture, art community, food scene, and nightlife. There are 11,020 people living here and many of the residents are young professionals, families, and artists.

The average rent in this neighborhood is $2,483 and there are plenty of apartments on the market for $2,000 and less a month. A few include this West Caton Street 1 bedroom, this 2 bed garden space, and a 3 bedroom listing.

Magnificent Mile is an upscale section of Chicago’s Michigan Avenue. It runs from the Chicago River up to Oak Street on the Near North Side. This street runs between the Streeterville and River North neighborhoods. Magnificent Mile is home to the city’s largest shopping district. There are also plenty of retail, restaurants, museums, and high-end shops here.

Rogers Park is a community area on the Far North Side of Chicago. The area is a cultural diversity, green spaces, architecture, live theater, beaches, and unique restaurants. There are 54,872 people living in this neighborhood and the average rent here is $1,199. There are plenty of listings on the market that are less than $2,000 a month. This includes a smaller studio space for $875 a month, this 1 bedroom apartment, and this $1,600 2 bedroom listing.

If you are apartment hunting on a budget, Localize is a wonderful resource to use. Whether you want to rent in Chicago or New York City, Localize will help you search for listings within your price range and lifestyle needs.