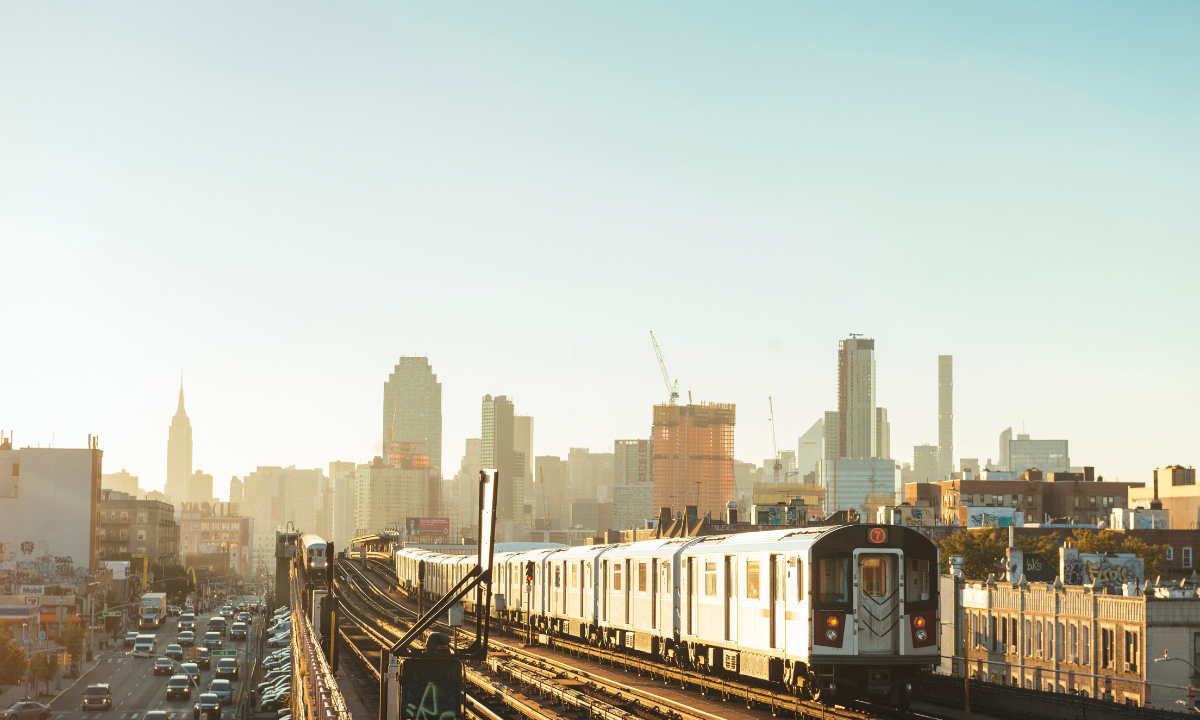 Jackson Heights’ Diversity Plaza has been appropriately cited by New York City Mayor Bill De Blasio as “an epicenter of culture, community, and vibrancy within New York City’s most diverse borough, Queens.” The neighborhood was also listed by Time Magazine as “A Reason to Celebrate America.”

The two-block stretch, encompassing 37th Road from Broadway to 74th Street, and 73rd Street from Roosevelt Avenue to Broadway, was first pedestrianized in 2012. A subsequent, multi-million dollar revitalization effort in 2017 further expanded it to include welcoming elements such as trees, seating and even an open space for performances. As a result, The New York Times declared in 2020 that, “[the Plaza has] become Jackson Heights’ de facto town square and a proud symbol of Queens as the city’s most international borough.” Here, some highlights of the plaza and surrounding neighborhood for anyone looking to spend time in the area.

One notable architectural feature in Diversity Plaza is the building originally known as the Earle Theater, an art deco building that first opened as a movie palace in 1936 on 37th Road between 73rd and 74th streets. The historic space was later repurposed as an adult movie theater in the 1970s, before its name was changed by one letter and it became a Bollywood theater known as the “Eagle” in the 1980s. The theater ultimately shut down — following an Indian actors’ strike in 2009 — but the building has since reopened as Ittadi Garden & Grill, an eatery specializing in food from the Indian subcontinent.

Given the diversity of Jackson Heights, many local businesses are Asian- or Latino-owned, including a wide variety of restaurants, bakeries, grocery stores, and bars. Within Diversity Plaza itself, in addition to Ittadi, diners can enjoy offerings such as Delhi Heights for Indian cuisine. If your tastes run toward Nepali cuisine, there’s Namaste Tashi Delek. Not to be missed are the range of booths selling delicacies like paan, a mixture of betel leaf and areca nut. Or, take a quick trip around the corner to Patel Brothers, a highlight of Little India on 74th street. Nearby on 73rd Street, visitors can also discover Little Pakistan and Little Bangladesh.

Diversity Plaza is adjacent to one of New York City’s busiest transportation hubs, the Roosevelt Avenue subway station. Standing at the subway stairs, a visitor can take in the sights — and the signs — that demonstrate just how diverse this area is. Spanish-, Urdu-, Hindi-, and Bengali-language signs are everywhere, advertising to the local community.

Today, Jackson Heights is home to a thriving LGBTQ community and plays host to NYC’s second-biggest Pride parade, whose terminus is at Diversity Plaza. The parade was founded in 1993 by Maritza Martinez and current city councilman Daniel Dromm to increase visibility of the local LGBTQ community. It also serves to memorialize Julio Rivera, a gay Jackson Heights resident who was murdered in 1990 as the target of a hate crime.

As councilman Dromm has said, “Not only is Diversity Plaza home to many important cultural events, it serves as a town hall for residents who wish to protest, celebrate and mourn as one community.” The plaza provides an essential public gathering place for the local community in Jackson Heights.