These are the top celebrities that invest in real estate 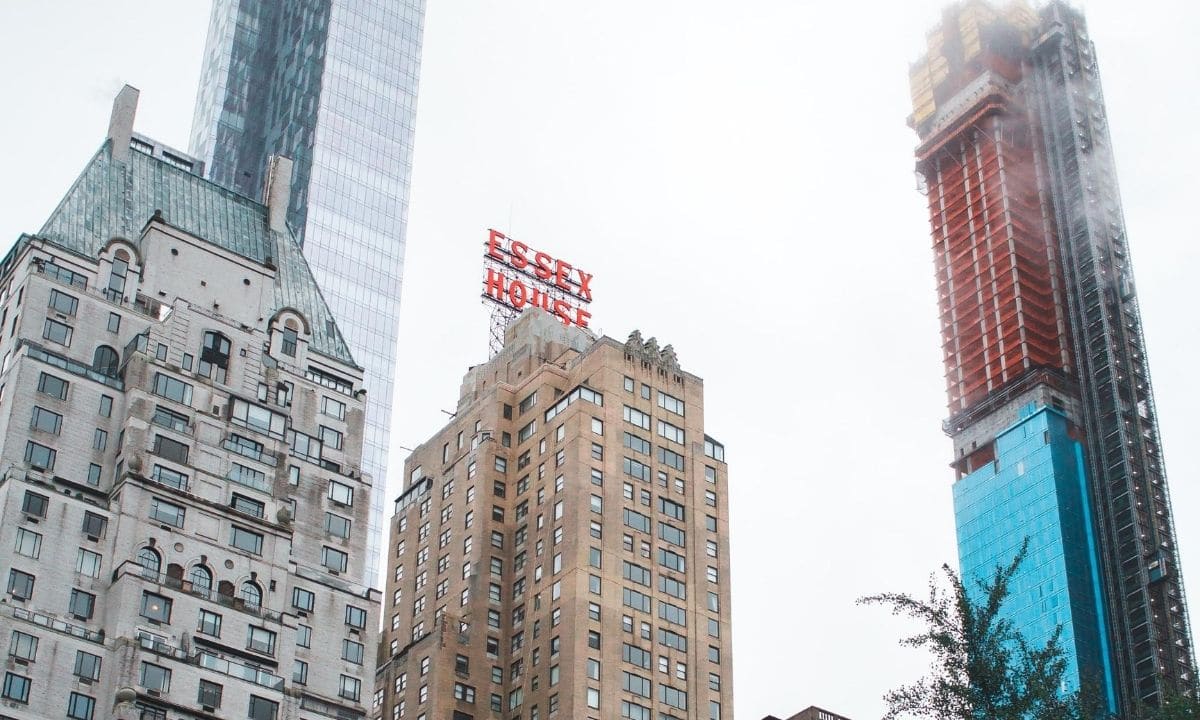 It’s no surprise that many celebrities have various multi-million dollar homes around the country. Let’s take a look at some of the real estate they own and invest in.

In the simplest terms, people buy houses and property and turn around to sell it at a profit after a certain amount of time. Investing into real estate means the buyer has to take a look at various properties in order to determine if the land has opportunity to increase in value.

One way a home can increase in value is if someone bought an undervalued home due to maintenance issues and gave it a second life through renovation and repair work. Another way, is if the house purchased is in a popular spot where a lot of other people are interested in buying, such as a NYC apartments near Central Park or with open skyline views.

In NYC, investors choose to purchase properties with a high FAR value. Having a high far means the building still has plenty of unused space where they are able to further expand the building.

Knowing all of this, where do most celebrities live? Many celebrities choose to buy homes in either busy urban cities such as Los Angeles and NYC, or beachfront properties that have beautiful views of the sea.

This is because properties in an urban metropolis is a luxury that is in high demand due to limited space. This is especially true in New York City where the land to build on is limited even while the demand for housing is high.

With so many celebrities purchasing various properties throughout the years, what celebrity owns the most homes? Let’s check out a few celebrities and explore their real estate portfolio. Even better, see how you can live next to your favorite celebrity in NYC.

Actor and film producer Leonardo DiCaprio is just one top celebrity that has invested into real estate throughout his acting career. In fact, he has an average net worth of $245 million and his entire real estate portfolio is worth about $60 million dollars. He has sold off many of his various homes over the years, but he currently owns properties both in Los Angeles and New York City. Most surprising of all? He also owns an island in Belize that he uses as a getaway vacation spot.

His current real estate portfolio in LA includes a house in the Hollywood Hills purchased for $4 million, a beach home in Malibu purchased for $23 million, and Palm Springs home bought at $5.32 million.

DiCaprio’s NYC properties include two adjacent units purchased for $3.67 million in 2008 and $8 million in 2014 at “The Riverhouse” high rise in Battery Park, Manhattan. His apartment purchased in 2014 is a 2,300 sqft, 2 bedroom apartment that also has a 1,000 sqft outdoor terrace that has beautiful views of the Hudson River.

This Manhattan condo building, built in 2006, has attracted many celebrities and is famous for being an eco-friendly building with a LEED Gold certification. Some building amenities include a 50-foot indoor pool, media cafe, billiards, 24-hour doorman and concierge service, and a yoga studio.

Available apartments at “The Riverhouse”:

Dr. Dre, or Andre Young, is an American rapper, record producer, and record executive. Besides being a musician, Dr. Dre also owns multiple properties in the Los Angeles area. His estimated net worth is $800 million and his current real estate portfolio amounts to around $60 million.

She owns seven properties in four different states: California, New York, Rhode Island, and Tennessee. Her California home is a 10,982 sqft Beverly Hills estate with 7 beds and 10 baths with an estimated value of around $29 million. Her Rhode Island property is a 12,000 sqft estate in Watch Hill with 7 beds and 9 baths. Swift’s Tennessee properties include one Nashville condo and one Nashville estate.

Swift’s Tribeca townhouse is located right next door to the duplex at 153 Franklin Street Manhattan. She purchased this 5,148 sqft townhouse in 2017 for $18 million. It was designed by the famous architect Leopoldo Rosati and the townhouse features beautiful wood paneling, a steam bath, bar, and home theater.

Vanilla Ice is a 90s rap star turned real estate investor where he has spent the past 16 years purchasing, renovating, and selling real estate across the U.S. He also currently has a show called “The Vanilla Ice Project” on the DIY Network, where he renovates homes in Palm Beach, Florida.

When he was just 16, he purchased several homes in Los Angeles, New York, Utah, and Miami. He then sold them for profit when he was around 20 years old and started getting into flipping homes. Vanilla Ice currently owns a commercial property in Miami that’s worth $20 million and various land in Florida.

A home he has renovated and put into the market includes a Melbourne oceanfront mansion located at 8145 S Highway A1A, Melbourne Beach that has 2.5 acres of land and 3,504 sqft of living space. It’s a 4 bedroom, 3.5 bath estate with a five-car garage, helipad, and wraparound balcony with 300 feet of private ocean views.

British rocker and former lead singer of “The Police”, Sting and wife Trudie Styler has a real estate portfolio that extends out from the United States and around the world. Some of their properties include a 16th century manor house in Wiltshire called the Lake House that’s set in an 800-acre estate, a 600-acre, 9 bedroom Palagio estate in Tuscany, a beachfront home in Malibu purchased for around $4.4 million, and a Central Park apartment.

Sting and Styler recently purchased a $66 million NYC penthouse in 2019 at 220 Central Park South. They originally had a penthouse in 15 Central Park West, but sold it for $50 million. Their newest NYC penthouse is 5,807 sqft and located on the top floor of the 18-story villa portion of the building. The villa faces the park and has only 10 units in total.

The penthouse features custom moldings, marble in the kitchen and baths, and herringbone floors. Some building amenities include a library, screening room, outdoor terraces, 82-foot saltwater pool, fitness center with squash court and yoga room, and a garage.

Gates also purchased a 228-acre ranch called Rancho Paseana for $18 million. This property includes five barns, a racetrack, orchard, guesthouse, office, and veterinarian’s suite. He also owns another horse farm in Wellington, Florida, which he purchased for $8.7 million and a 492-acre ranch in Wyoming purchased in 2009.

The Gates’ most recent purchase is a mansion in Del Mar, California for $43 million, which set a new residential cost record in San Diego County. It is a 6 beds, 4 baths beach home. It features a family residence, health spa, tennis court, greenhouse, theater, pool, and two guest houses.

Bill and Melinda Gates have also purchased property in NYC at $5 million for their daughter Jennifer. The apartment is located at 1212 Fifth Avenue in Carnegie Hill, Manhattan. It is a 2,389 sqft, 3 bedroom condo with Central park views. It features a living/dining area and master bedroom with a spa-style ensuite bathroom. Some building amenities include a residents’ lounge, gym, and children’s playroom.

Which of these celebrity real estate mongols caught you by surprise? If you’re looking to live in NYC next to celebrities, Localize can help you with your apartment search. 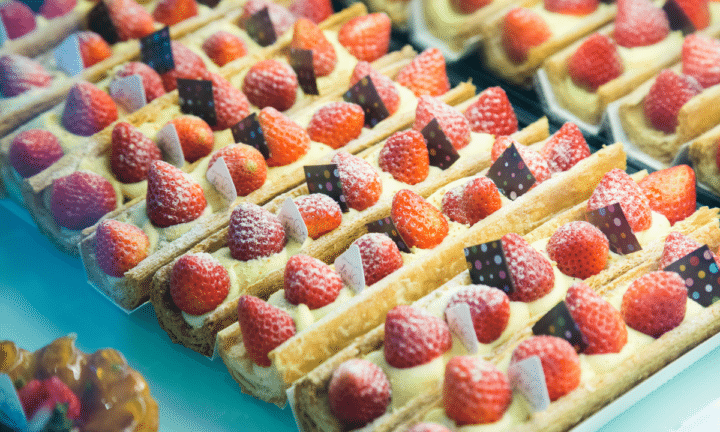 10 Best Places to Get Dessert on the Upper West Side 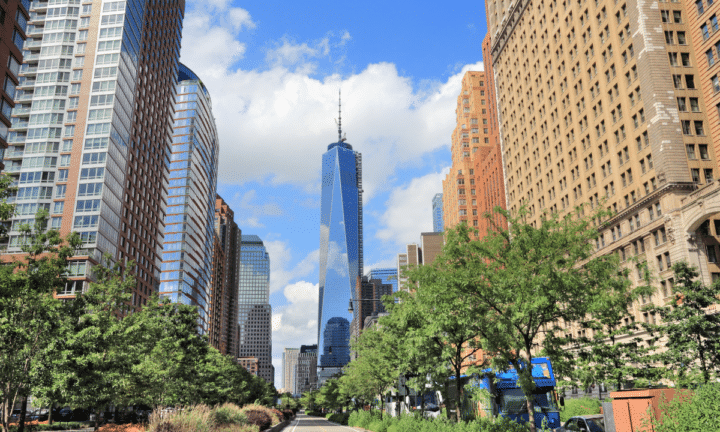