Localize investigates: this is where all your favorite Housewives live in NYC 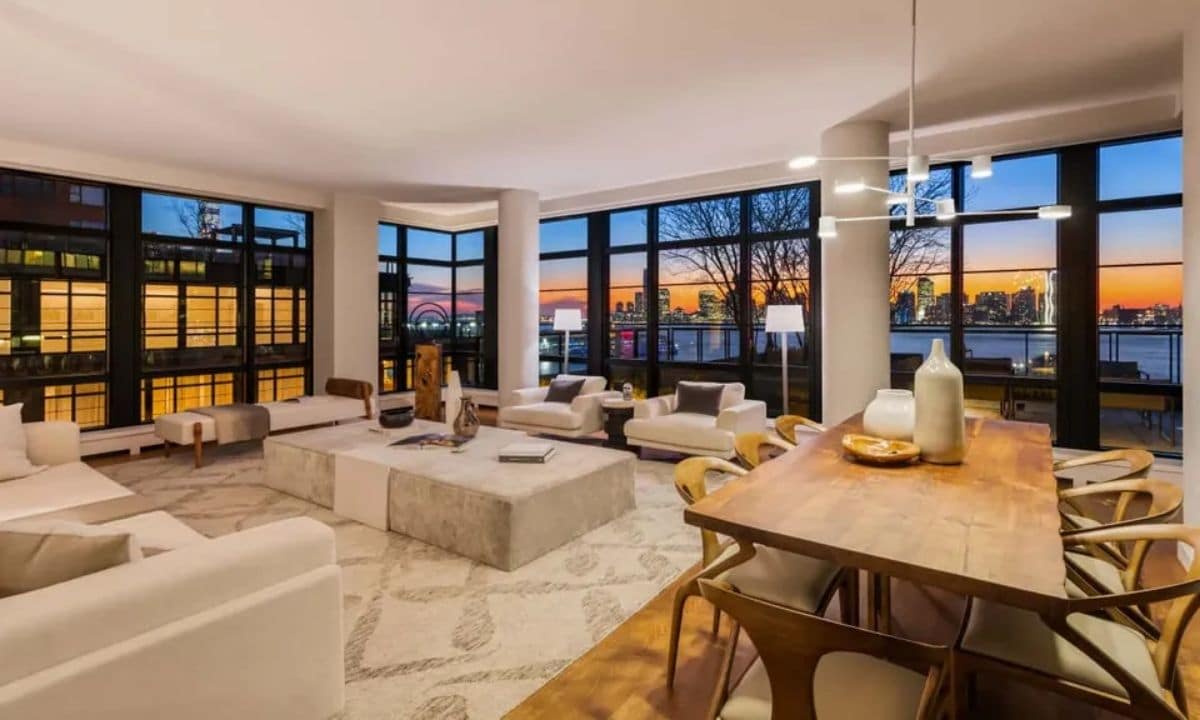 If you love your reality TV shows and RHONY, then after seeing their homes on TV you’ve probably wondered where the Housewives live in NYC. Let’s explore these luxury apartments!

The Real Housewives of New York City, or RHONY, is a TV reality series that features women living in New York City. This reality show first started in 2008 and is still currently ongoing with their 12th season premiered on April 2,2020 on Bravo. The show focuses on both the personal and professional lives of these women. Throughout these completed 11 seasons, there have been various changes in cast members with some new additions as well as original casts departing from the show.

Like many other reality television shows, RHONY has its fair share of memorable moments. With the show going on its twelfth year, there are an endless amount of unforgettable scenes  that range from drama-filled with the fighting and yelling, to its hilarious, genuine, and bonding friendships moments.

Some of these iconic moments include when Aviva Drescher threw her prosthetic leg across the dining room in Le Cirque after the other women accused her of being fake, Ramona’s runway walk during New York Fashion Week, Sonja losing a tooth after trying to rip a potential suitor’s shirt open with her mouth, Ramona and Bethanny bonding in Turks and Caicos over their marital problems, and many many more.

Where do The Real Housewives of New York live?

If you love RHONY or are just curious about the houses the Housewives live in, then you’ll probably have a lot of questions about where their apartments are located. Such as, where is Bethenny Frankel NYC apartment? Or even how much Sonja’s townhouse is worth? We’re here to answer all your questions and show you where The Real Housewives of New York addresses are. Take a look into the Housewives’ living spaces and how much these apartment units really cost:

While first starting out as a guest in season four of RHONY, she became a part of the main cast in season seven and still is today. While her original apartment was located in the Upper East Side, she sold that two bedroom apartment after her daughter moved out in 2019. She’s now living in Oriana at River Tower located in East Midtown, Manhattan. The building was built in 1982 and has 37 stories with 325 units.

The building itself has no violations and no recent complaints. Additionally, the neighborhood it is located in has a below average crime rate and the nearby schools rate very high on school quality measures. There are currently no open listings in the building, but if you want to live in the same building as Dorinda, make sure to follow the address to receive new listings notifications.

Bethenny Frankel was one of the original casts of The Real Housewives of NYC and stayed on until season three. After that, she took a break from the show for a few seasons and came back as part of the main cast for seasons 7-11. While she isn’t back for this newest season, you may just run into her around Soho. While she owns various properties such as her two homes in Bridgehampton, she just recently sold her apartment on Mercer Street and has opted to live in a loft that’s also located in Soho.

According to Localize’s insights, the average sales price for all beds in Soho is around $5.6m and the last transaction recorded from the building is a unit sold in 2018 for $4.5m. The building is also located in the SoHo-Cast Iron Historic District and is in the high flood risk zone.

Luann de Lesseps, also known as The Countess, has been part of the show all 11 seasons and counting. Just like Bethenny, she also has multiple properties such as her vacation homes in the Hamptons and the Catskills “round house”. However, she has recently moved her permanent residence from the Upper East Side to an apartment in the Upper West Side. While her exact building is not known, we do know it’s an Art Deco, luxury building and has amazing views of the Hudson.

Sonja was first introduced on RHONY during the third season and has continued to be part of the main cast even to its current season 12. Throughout her time on the show, her Manhattan townhouse located in the Upper East Side has been featured various times, such as housing other Housewives such as Tinsley Mortimer and Luann de Lesseps. It is a five-story townhouse built in 1899 with 5 beds, 5 baths, an open kitchen, formal dining room, guest quarters, home office, elevator, landscaped courtyard, full celler, and an outdoor terrace.

According to Localize’s insights, there are no building violations, no recent complaints, and no elevator issues. Additionally, the townhouse is also located near a historic district. That means there are fewer restrictions on alterations and future development. Buildings near historic districts can also have property values that are 12% higher than those located further away. Luckily for you, if you fell in love with this beautiful Upper East Side building, you can follow the address on Localize to get immediate notifications once new listings becomes available.

Ramona has been part of the RHONY main cast since season one and has been on the show for all the seasons including the current 12th one. She lived in the Upper East Side in an apartment located in Richmond Condominium for many years and has recently sold that space and moved to a space nearby in Midtown. Richmond Condominium was built in 1926 and has 24 stories with 101 units.

The building is located in a neighborhood with below average crime rates and the neary school rates very high and is among the best schools in New York City. If you’d like to get an idea of the apartment Ramona lived in and renovated or even to live the lifestyle yourself, make sure to follow the address on Localize and get notified once a new listing becomes available for purchase.

Jill Zarin was the original main cast of The Real Housewives of New York City and was on from the first season to the fourth. She then reappeared on the show again as a guest for seasons 9-11. While she isn’t currently on the show anymore, viewers are familiar with her Upper East Side home that she shared with her late husband. While she has since moved to a rental penthouse in the Sutton Place, her original apartment at 401 E. 60th Street has been a large part of her life as she’s lived there for 18 years.

The building was built in 1999 and is 38 stories tall with 271 units. If you’d like to see how a former Housewife lived or even buy a space in the building where RHONY was filmed, follow the building to get new listings updates.

Jules Wainstein was a part of The Real Housewives of New York for just a short amount of time and was part of the main cast for season 8. While she had lived in an Upper West Side apartment in the Apthorp, after a bitter divorce with her former husband and fight for rights over the apartment, she sold the space in 2018. Her and her husband purchased the penthouse back in 2011 for $217,998 and the apartment sold for $995,000 in 2018. The building was built in 1908 and is 12 stories tall with 161 units in total. It is also located in the West End-Collegiate Historic District Extension and the neighborhood area has a below average crime rate. While Jules may not be currently living in the building, if you’re curious how the apartment spaces look or want your own luxury space in NYC, there are a few units for sale and 1 unit for rent currently available:

If you’d love to live in your dream RHONY New York City apartment or just like looking at celebrity homes, we hope you enjoyed exploring these beautiful spaces. Localize has insights on all housing listings in NYC and we tell the truth about every apartment so you don’t need to worry about unexpected surprises. We’ll help you easily apartment hunt and explore right from your home. Happy apartment hunting and enjoy the new season of RHONY!