These are the eight most loved real estate TV personalities 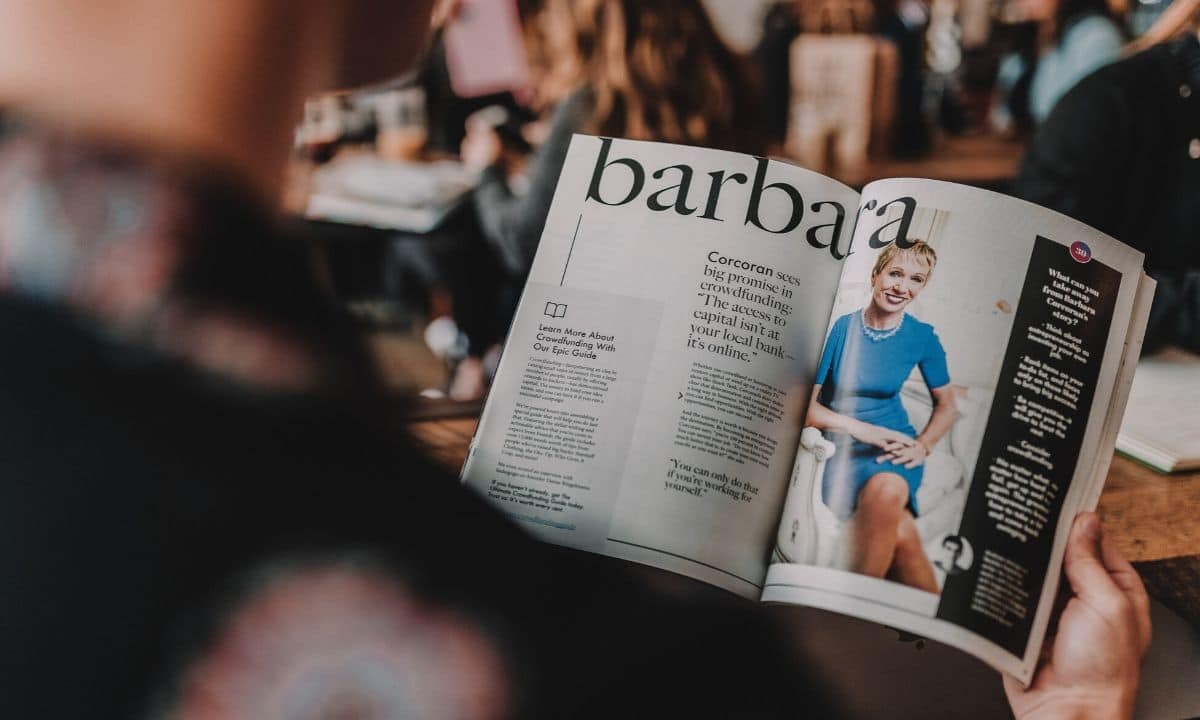 Real estate reality TV shows have grown in popularity as people get pulled in by all the beautiful homes for sale. Here are some of the most famous real estate celebrities.

While real estate TV shows seem to have grown in popularity in recent years, they have been around since 1979 when “This Old House” first aired. This television series focused on renovating older homes and even expanded to a sister show called “Ask This Old House” that focused on teaching viewers about home repair and improvements.

Since the airing of this show, many other real estate reality TV shows have sprung up. These shows all feature real estate industry celebrities that showcase various aspects of real estate. This includes buying and selling, showing experiences of first-time buyers, home improvement, flipping houses for profit, and much more.

Some channels that showcase these TV shows are DIY Network, HGTV, and Bravo. A few notable real estate shows include “Property Brothers” and “Fixer Upper” on HGTV, “Million Dollar Listing” on Bravo, and “Texas Flip N Move” on DIY Network.

How to become part of the real estate celebrities

While many of the current real estate celebrities you see in television today started off as real estate brokers, many of them now spend their time as TV personalities. So how did they end up on a show? What many of them have in common is their interests in other fields along with real estate.

For instance, business ventures and investing, construction, entertainment, or design. With these extra interests and skills in other fields, they are able to combine it with their real estate knowledge and a show idea. Such as remodeling and home improvement projects, allowing cameras to follow their process of selling luxury million dollar properties, or helping families find their perfect home within their budget.

In fact, although they are still brokers, many of them find their income from other ventures. As many of them are real estate celebrities, their paycheck comes from their television appearances. Additionally, their other business ventures also provide income such as a media company, design firm, lifestyle and home product, construction firm, and many others.

If you’re curious about the top real estate brokers featured in these reality TV shows, then look no further. Let’s explore the people behind these shows and see how they climbed the path to fame.

The brokerage was later sold to NRT in 2001 for $66 million. Today, it is one of the top real estate companies with offices in New York City, Florida, and the Hamptons with Pamela Libeman as the company’s new President and Chief Executive Officer.

Barbara is now a television personality as an investor on ABC’s Shark Tank. Unlike other brokers and agents, the show she is a part of is an American business reality series. She has been on the show for 11 seasons and has made 53 deals on the show investing $5,465,000 on air so far.

While she was born in New Jersey, Barbara currently, lives in Manhattan, NYC with her husband William Higgins. They purchased an 11-room penthouse duplex at 1158 Fifth Avenue for $10 million in 2015.

Drew and Jonathan Scott, twin brothers, are Canadian reality television personalities born in Canada in 1978 and currently are 42 years old. Drew is a real estate broker and Jonathan is a contractor. They’re best known for their Property Brothers franchise which features the twins buying, selling, and renovating real estate properties on their HGTV TV shows.

They also have their hands in various other businesses such as Scott Brothers Entertainment which creates TV shows, films, and other digital content. Additionally, Drew and Jonathan have their own home furnishings brand called Scott Living and a consulting and construction firm for luxury home upgrades called Dream Homes.

Currently, Drew is living in Los Angeles with his wife Linda Phan and Jonathan is living in Las Vegas, in the home he owns with Drew.

Fredrik Eklund is a NYC based real estate broker and TV personality on Bravo. He was born in Sweden in 1977 and is currently 43 years old. Eklund is best known for being one of the five New York City brokers that star in the show “Million Dollar Listing New York” and is also a producer and star in the show “Bethenny and Fredrik.”

Outside of television, he is the co-founder of the top sales team at Douglas Elliman with John Gomes and they both focus on luxury penthouses in NYC. Fredrik is also an active member of the Real Estate Board of New York. He lived with his husband Derek Kaplan in NYC until 2016, but have since moved to Roxbury Connecticut when they had twins via surrogate.

Chip and Joanna Gaines are a married couple who own a Magnolia Realty in Waco, Texas.

They are best known for being part of the American reality TV series called “Fixer Upper” on HGTV that focuses on home design and renovation and aired from 2013 to 2018.

On the show, they help couples find their home then repairs and renovates with Joanna designing and Chip as the lead contractor. Outside of television, the couple owns Magnolia Market, a shopping complex in downtown Waco, Texas. Additionally, Joanna has released several home and lifestyle collections. She teamed up with Target Corporation to sell her bedding and lifestyle collection in stores and online and created an exclusive collection of rugs and pillows for Anthropologie in 2019.

The couple also launched a new media company called Magnolia Network. Joanna and Chip also own various businesses in Waco, Texas such as a coffee shop, bakery, and restaurant.

Ryan Serhant is a 36 year old American real estate broker, author, and TV personality. He’s best known for being one of the brokers on Bravo’s “Million Dollar Listing New York” and “Sell It Like Serhant.”

Serhant is also the leading member of The Serhant Team, a NYC-based, bi-coastal real estate team and was the top three teams by transaction volume in 2019 according to REAL Trends. He also started his own entertainment and media company called Serhant Media Group (SMG) to help marketing for his real estate and television ventures. Their first project was a YouTube channel called Ryan’s VLOG that is used as a marketing tool to showcase his listings.

Serhant’s other television appearances are as a guest on 20/20, CNN, CNBC, The Today Show, The Insider, and Bloomberg TV during real estate segments. He also writes columns for Forbes on real estate, sales, and branding.

Chrishell Stause is a 38 year old American actress and real estate agent. She is best known for her acting career and roles in “All My Children” and “Days of Our Lives.” Her work as a real estate agent is showcased in a Netflix reality TV show called “Selling Sunset.”

The show focuses on The Oppenheim Group, a real estate brokerage in Los Angeles that deals with luxury homes. “Selling Sunset” showcases the high-end residential properties that the firm markets along with the agents’ personal and professional lives.

James DeSantis is a 30 year old interior and home designer living in Williamsburg, Brooklyn. He’s best known for his landscape design firm, “Manscapers”, which he owns with Garrett Magee and Melissa Braiser.

Together, they create eye-catching green environments for various NYC clientele. DeSantis also stars in the television show “Backyard Envy”, a reality makeover show on Bravo. He along with Magee and Braiser focus on exterior design and renovate outdoor spaces ranging from rooftops to backyards.

Now that you’ve gotten to know the people behind these real estate reality TV shows, do you have what it takes to become a real estate celebrity like them?

If you’re curious about how you can live in the beautiful homes shown in NYC, Localize is here to help with your search of luxury apartments. We’ll tell you the truth about every listing in New York City. 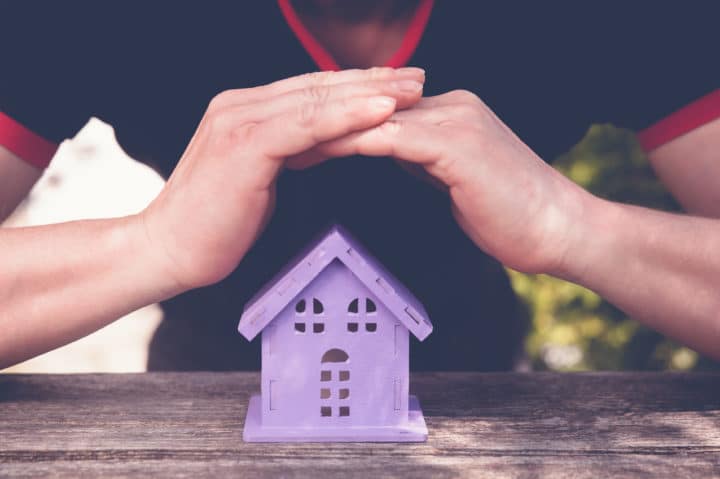 PMI: All About Private Mortgage Insurance

What’s Included in Closing Costs, and Who Pays for Them