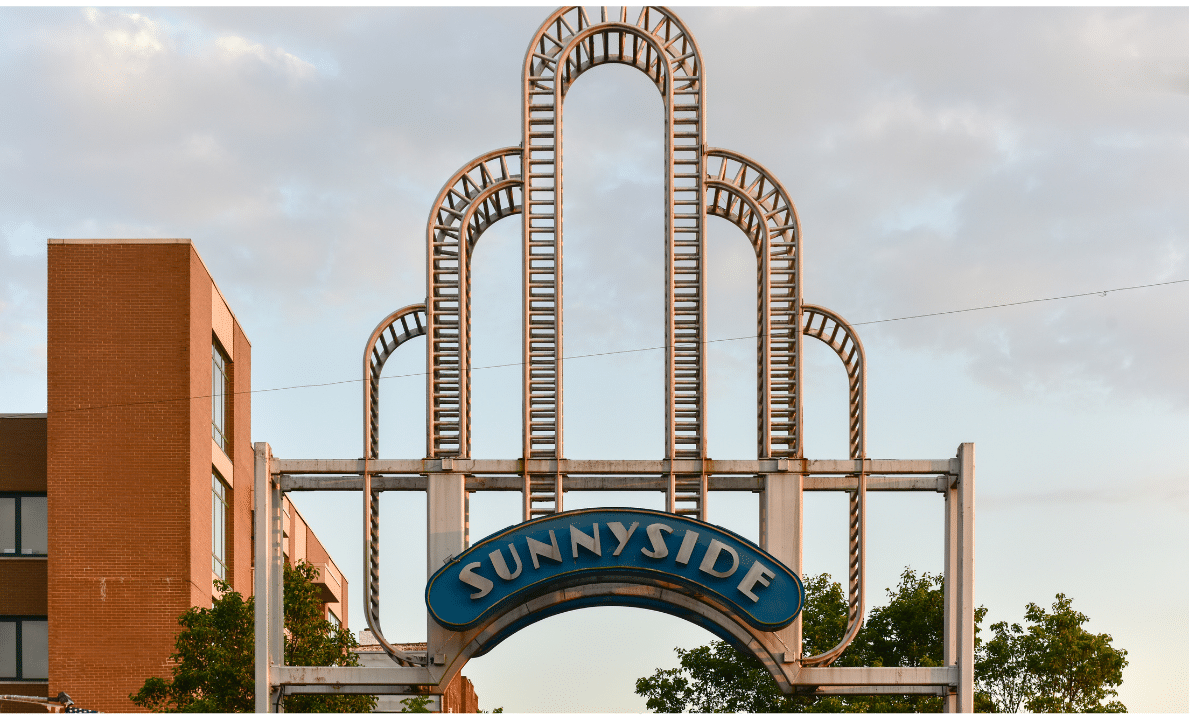 The Sunnyside Gardens Historic District, situated in Queens’ Sunnyside neighborhood, between Long Island City and Jackson Heights, was an experiment in optimism and urban planning at the time of its development. One of the earliest planned communities in the United States, the district was listed on the National Register of Historic Places in 1984, and designated with landmark status by the New York City Landmarks Preservation Commission in 2007. Here, a brief history behind the notable features and design elements that make it a unique neighborhood worth exploring.

Sunnyside Gardens was the first development in the United States. It was based on the garden city movement, an approach to urban planning originally founded in England in 1898. Garden cities aimed to merge the ideal characteristics of urban and rural environments to create self-contained communities surrounded by, or adjacent to greenbelts. The 77-acre community was built between 1924-1928 by the City Housing Corporation as an effort to respond to the housing shortage that followed World War I.

Sunnyside Gardens aimed to establish a communal sensibility: only about a quarter of each block was developed, so that their large middle areas could be used for community gardens and public green space. Its approximately 600 buildings include a mix of apartment buildings and rowhouses, all made of red brick. Each private home had front and rear gardens, individual rental units included private terraces that overlooked the gardens, and all the houses were oriented toward rear courts. The housing complex’s design overall allowed for a mix of dense housing and ample green space.

A second group of buildings, the Phipps Gardens Apartments, were added to the Sunnyside site in the mid 1930s. Also designed by Clarence Stein, they were built by Henry Wright and the Society of Phipps Houses, a philanthropic organization headed by Henry Phipps.

Phipps was a successful businessman who believed that the wealthy should create institutions for the public good, and personally committed himself to this in advocating for affordable housing for working-class families. The Phipps Gardens apartment buildings included detailed brickwork and fire escapes made of curved steel, and surrounded a courtyard.

The concept of Sunnyside Gardens aimed to address housing problems with a new solution. One that hadn’t yet been explored in the United States. The planners and designers behind its development attempted to address problems of urban housing from a social perspective, hoping to ultimately change how cities could develop in the future.