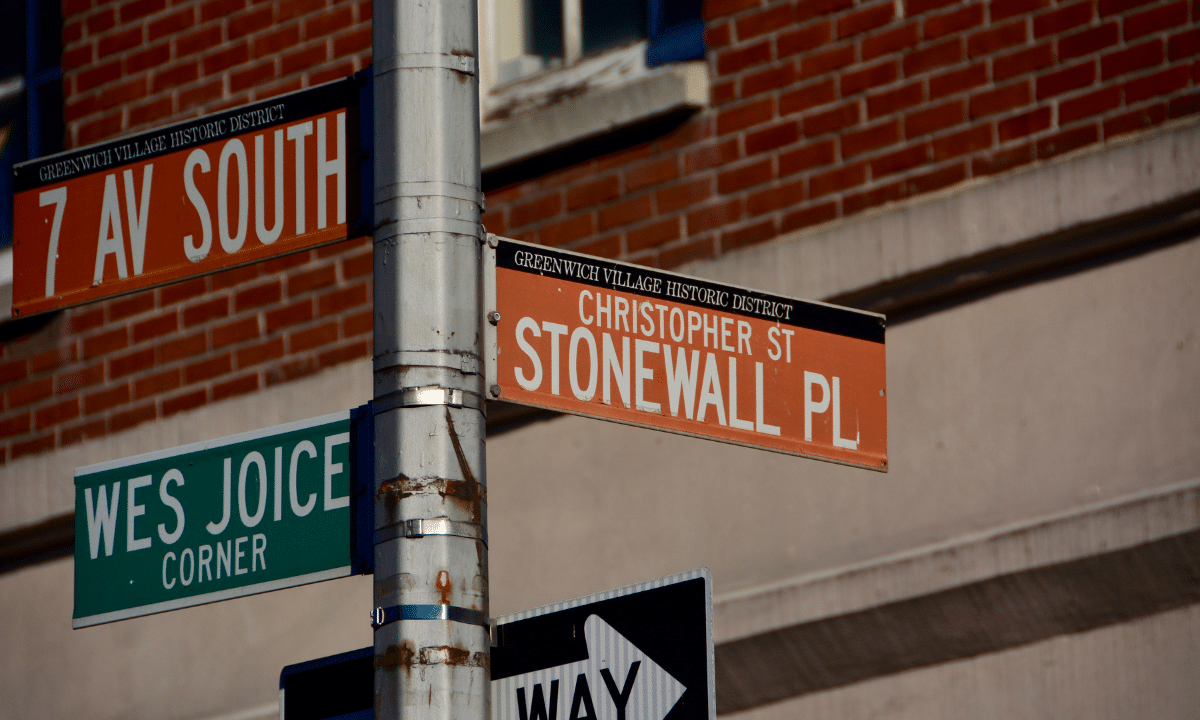 Greenwich village is known for its buzzing nightlife, great restaurants and bohemian vibe, but the neighborhood also holds a historic place in the fight for LGBTQ+ rights. The neighborhood’s Stonewall Inn was the site of an uprising in 1969 that brought the struggle the LGBTQ+ rights to the forefront on a national level.

What started the riots

In 1969, police routinely raided gay bars. It was illegal to serve LGBTQ+ patrons drinks, and even dancing with one another was risky. If caught, people could be nabbed for “lewd” conduct. Patrons that didn’t have ID, or didn’t fit into gender norms at the time were also targeted or harassed.

However in the early hours of June 28th 1969, the patrons of the Stonewall Inn didn’t want to go along with the raid routine and decided enough was enough. Instead of cooperating with police, bar patrons gathered together and resisted. After an officer assaulted a woman, the agitated crowd fought back, tired of the harassment and mistreatment by the NYPD. Police barricaded themselves inside the bar as the crowd threw bottles and garbage cans.

Police reinforcements attempted to disperse the crowd, but they held their ground and onlookers joined in. Some even linked arms to form a blockade. Three days of riots and unrest followed.

While stonewall was not the start of the LGBTQ+ movement, it was the first to be largely commemorated. The fallout of the riots also led to the June Pride celebrations we see each year. To this day, the bar serves people from all over the world, in addition to local residents looking to drink, dance, and soak up some history.

Additionally, NYC has commissioned a new monument to commemorate transgender activists Marsha P. Johnson and Sylvia Rivera. Both were instrumental in the Stonewall uprising and were advocates for homeless LGBTQ+ youth. The pair launched the Street Transvestite Action Revolutionaries (STAR) House in 1970, which provided housing for transgender youth. The new monuments are part of a public arts campaign from She Built NYC, which seeks to honor the contributions of women to the city.