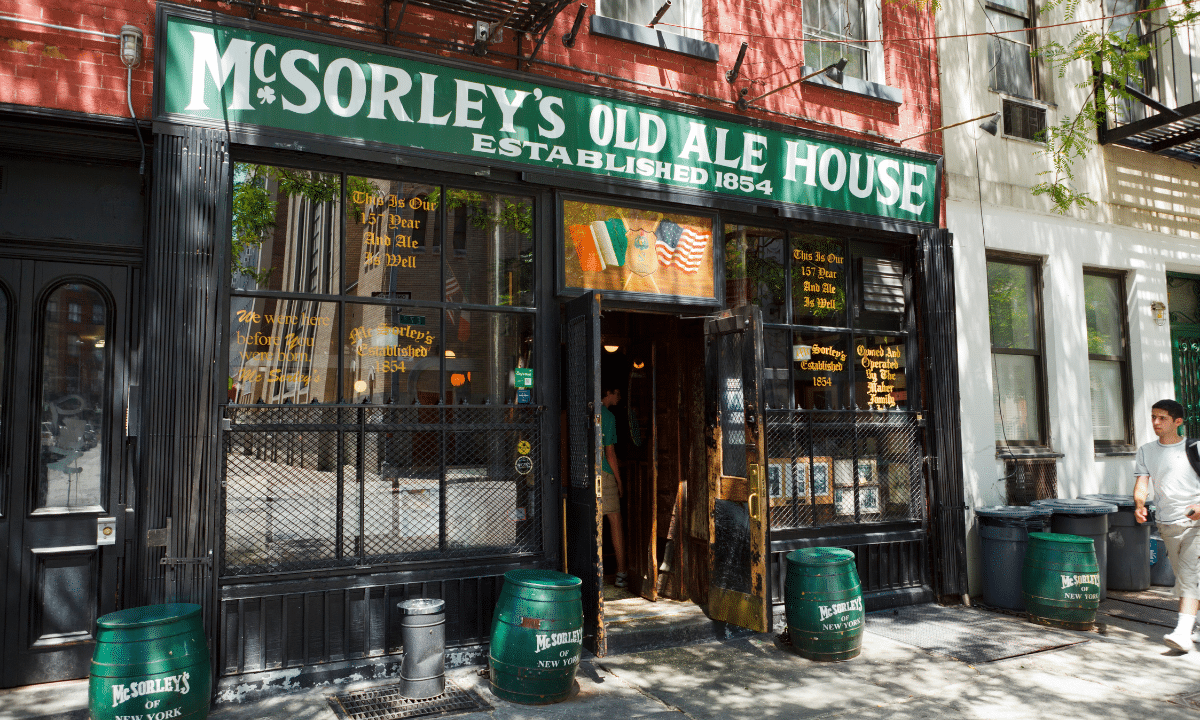 For some New Yorkers, St. Patrick’s Day is an opportunity to revel in the streets and partake of one (or several) pints of Guinness. For others, it’s a day to reflect upon their heritage. This year, observances will look a little different for everyone: The city’s official St. Patrick’s Day parade will be held virtually — complete with a pre-parade Mass and post-parade TV programming.

But however you choose to observe St. Paddy’s, you can keep your celebrations going long after the parade by visiting some of the landmarks that honor the Irish history, culture, and people around NYC. Read on to learn more about five must-see spots.

5 NYC landmarks that nod to the city’s Irish heritage

At this solemn memorial in Battery Park City Park, native Irish plants as well as stones sourced from every county in Ireland surround a reconstructed 19th-century cottage from County Mayo, beautifully transporting visitors to a place and time long gone by. The site pays tribute to the over one million Irish who died during the Great Irish Hunger, which lasted from 1845 to 1852, with quotes, statistics, and even poems written about the famine on display.

The AIHS has been in operation since 1897, providing society members and the general public alike with ample resources on Irish culture and history. Some society events are open to all and include concerts, readings, and lectures. The public is also welcome to use the library, which houses over 10,000 historic books, recordings, newspapers, and archival items. Membership allows access to additional, exclusive programming. Due to the pandemic, the society is temporarily closed with no online events, but you can take a virtual tour of the venue, a stunning Beaux-Arts mansion and home to the society since 1940, in the meantime.

Through tours, workshops, and exhibits, the Tenement Museum captures the immigrant experience in New York City from the 1860s and 1930s, particularly that of those who made their homes in the Lower East Side apartment dwellings known as tenements. One such family are the Moores, who left Ireland and set up residence in a tenement in the 1860s. With a trip to the museum, visitors can get to know the family (virtually, for the time being. In honor of St. Patrick’s Day, the museum is offering online tours of the Moore family’s home and their everyday life starting from March 13 until March 17.

This impressive Gothic cathedral just south of Central Park opened its doors in 1879, providing a place of worship and community for the growing Cathoic population at the time. Today, St. Patrick’s is open to the public at limited capacity for those seeking Mass, confession, or simply a tour of the stunning architecture. Live Mass streams and broadcasts and online concerts are also available.

15 East 7th Street, New York, NY 10003This (very) old Irish saloon has been serving its simple menu since 1854. Prior to the pandemic, visitors could choose between a light or dark ale and soak up a century and a half’s worth of history at McSorley’s, enjoying standing-room only on the sawdust-strewn floor. Spring 2020 saw the pub’s longest period of closure ever, which lasted two months, but it reopened in late May for takeout orders.

So, whether you’re in the mood for a pint or a more sobering taste of Irish history, you can find it in NYC.