NYC Real Estate: Is Park Slope Still a Bargain in 2020? 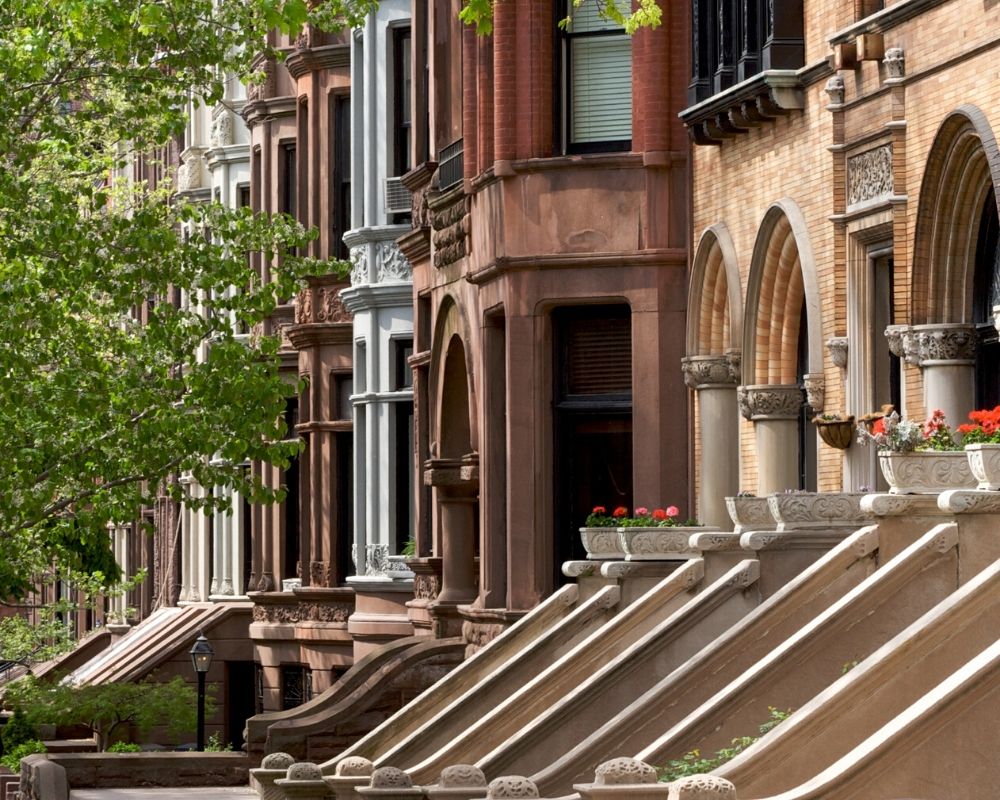 Tucked into central Brooklyn, west of Prospect Park is the roughly 6 block by 30 block parallelogram called “Park Slope.” Is it still a good time for you to move there? Let’s explore.

In any other city, Park Slope would be a commuter suburb, whose proximity to one of New York’s best green spaces and plethora of brownstones and short apartment buildings would make it a dream for a young family. But this is New York City: Park Slope has bustling shopping streets, too. Much of 5th Ave and 7th Ave are lined with local watering holes, bars, art supply shops, or consignment shops.

Park Slope is far enough away from Downtown Brooklyn and Manhattan to offer a breather from a daily hustle, big enough for a diverse range of housing types, and secluded enough to offer the quiet serenity of a New York style suburb.

There’s a long history to be told about how Park Slope developed, but one of the key components to the development of Park Slope’s housing was the building of Brooklyn’s backyard, Prospect Park. Before this amazing park opened in 1867, much of the area we now know as Park Slope was undeveloped and not particularly desirable.

That all changed when homebuilders, capitalizing on its opening, began to build fashionable homes along 8th and 9th Aves, the latter of which is now called Prospect Park West. The development continued west, to Park Slope’s 4th Ave boundary, with a mix of distinct architectural styles that, when taken, together, makes any street or avenue an interesting walk. You might even pass the building a plane crashed into in 1960.

In fact, many of these first properties were landmarked as historically significant in 1973. Local laws like this can help to preserve the character of a place — keeping Park Slope attractive and desirable — but also make it harder for homebuyers to do repairs on their own homes or for new developers to build more housing. You can check if your home — or one you’re looking for — is in these boundaries, here.

Why should you move to Park Slope?

It’s a massive park, but it actually only NYC’s 13th biggest park by area. Luckily the park is big enough for almost anyone who wants to use it, especially during warm weather.

Park Slope is known for its incredibly high-rated elementary and middle schools, compared to the rest of Brooklyn. All elementary schools are rated B or above in Park Slope, with many rated A or A-. Students that attend school in Park Slope also have a chance to attend one of the “Big Three” middle schools — MS 51, MS 447, or the New Voices School of Academic and Creative Arts — which some see as a pathway to attend one of NYC’s specialized high schools.

Anywhere you live in Park Slope you’re likely less than a 10 minute walk from the Subway, and likely no more than 30-40 minutes from Midtown Manhattan by train (or 45 by bike if you’re feeling brave). This incredible access can help you ditch a car and embrace the local lifestyle this neighborhood provides.

Mixed into the interesting, old architectural delight are lots of shops, restaurants, markets and bars. Most of these are clustered on Flatbush Ave, and 5th and 7th Aves. If you play your cards right, you likely won’t have to leave Park Slope for anything you might need on a day-to-day basis.

One particularly fun amenity locals love is the Park Slope Food Co-op. It’s a members-only organization open to all who are willing to invest some time and money into the market. In exchange for $125 and 13 3-hours-or-so shifts, you can have access to the market, where members reported saving between 20 and 40% on their weekly grocery bill.

In addition, there’s The Commissioner that has probably the best cheese fries in New York, a fashion-forward shop called Bird, where you can buy all your expensive garb, and Union Hall, where you can play bocce ball late into the evening.

Can I afford to live in Park Slope?

Nate Silver once ranked Park Slope as the most livable neighborhood in New York, but here’s the gem from that article:

No neighborhood is the butt of more stroller jokes or the recipient of more anti-gentrification scorn. But any way you slice it, Park Slope is the very definition of a well-rounded neighborhood. Of the dozen categories we tallied, it falls just slightly below average in two: affordability (the average two-bedroom rental is $2,275) and diversity.

In all other areas, it’s somewhere between above grade and superlative: It’s blessed with excellent public schools, low crime, vast stretches of green space, scores of restaurants and bars, a diverse retail sector, and a population of more artists and creatives than even its reputation for comfortable bohemianism might suggest (more, in fact, than younger, trendier Williamsburg). It might not be everyone’s idea of a perfect neighborhood, but statistically speaking (by a hair), there’s nowhere better.

This was written in 2010, as New York and the rest of the country was still recovering from the financial crisis. The average rent has now risen to almost $3,700 for a two-bedroom in Park Slope. It’s no longer a bargain to live in this neighborhood, but there are some properties available at the 2010 rent level — if you know where to look.

Some recent examples as of March 2020:

This two-bedroom, in a three family home, is currently renting for $2,400/month.

This two-bedroom, located on 4th Ave., is currently renting for $2,600/month. Great deal! It’s close to the food co-op, too.

This two-bedroom rents for almost $7,000 a month, but it’s a duplex with back patio(s!) and a front porch. It’s in a great location. You (sometimes) can get what you pay for. It’s especially easy if you can afford it.

Should I rent or buy in Park Slope, Brooklyn?

This is the “ultimate” question! It depends on a lot of factors, but the main question you should be asking yourself — if you can afford to buy — is, is this where I want to end up with my family in 5? 10 years? If the answer is yes, let’s take a look at some listings! Upon a cursory glance in March 2020, there are some pretty affordable deals listed on Localize.City

This studio in a 9 unit co-op on 7th Ave is relatively cheap. It looks pretty small, but for $335,000 it could be a great place to build some equity while you move through job and family changes. Maybe one day you’ll graduate to….

If you’re looking for a forever home, here’s a 4-bed, 2.5 bath condo in Park Slope’s historic district with a private deck. It’s expensive, yes, but homes in historic districts tend to appreciate in value, sometimes even faster than homes elsewhere.

Find your next home in Prospect Park on Localize.City right now.