How to rent next to these NYC beaches 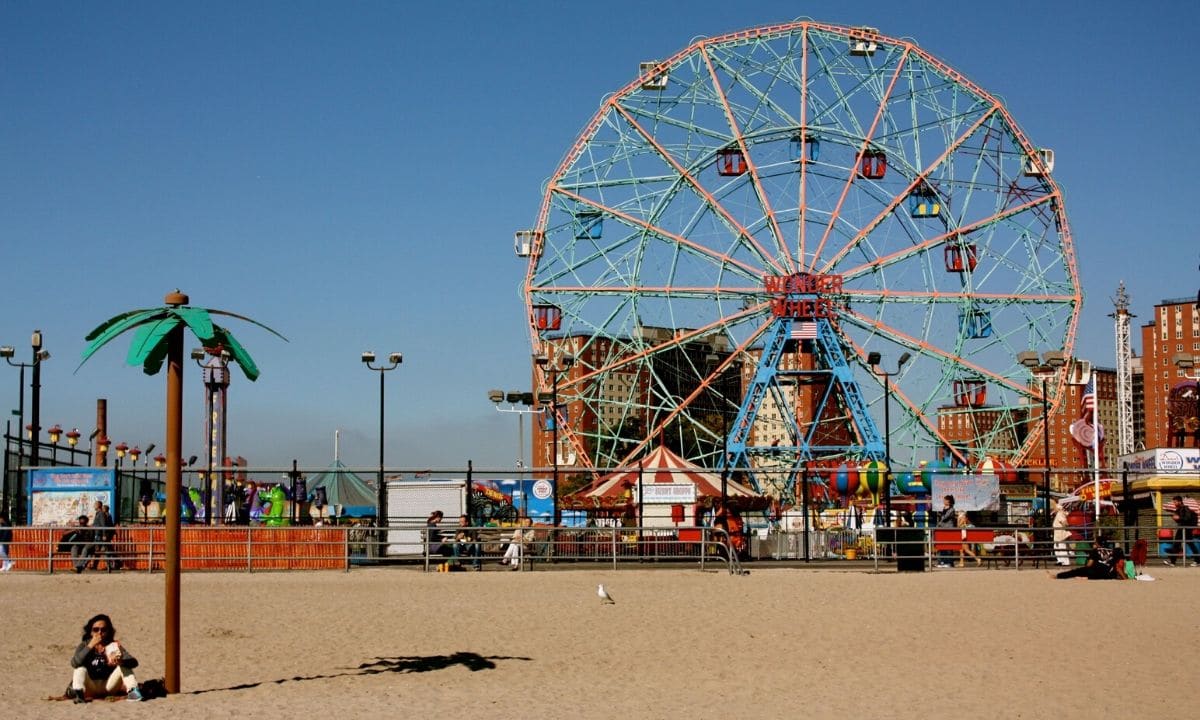 If you want to live next to the beach, but also have access to the big city life, then NYC is the place for you. Let’s explore some of the beautiful beaches the city has to offer and how you can live next to them.

Are there beaches in NYC? When people think of NYC, the first thing that pops into their mind is the concrete jungle and crowded city life. It is easy to forget that New York City offers a lot more than that. As it is essentially made up of islands, NYC provides both the big city living along with beaches for New Yorkers to enjoy.

NYC beaches are best known as a summer destination for New Yorkers and vacationers from out of state alike. They offer not just respite from the summer heat, but there are also plenty of festivities, outdoor and water activities, food, shops, and even theme parks.

The  beaches in NYC are spaces for New Yorkers to escape their usual city life and let loose during the summer time. They’ve been depicted in movies and shows as spaces where both locals and visitors can go to make some of the best summer memories before they’re forced to return to reality once summer ends.

What is the best beach in New York City and what is the cleanest beach in NYC? Although there are plenty of beaches to visit in the city, here are just five that might peak your interest. Best of all, you can even rent an apartment and live near the water.

At its largest, it contained three different amusement parks: Luna Park, Dreamland, and Steeplechase Park. Due to this, at the beginning of the 20th century, Coney Island was known as a top getaway and vacation spot.

Today, Coney Island is one of the most popular New York City beaches with its history and iconic boardwalk. It is located in the southwestern part of Brooklyn and offers a variety of activities such as the beach where you can swim, sunbathe, and people watch.

While the beach is a popular attraction, Coney Island also offers a variety of activities so you’ll never get bored. This includes the boardwalk that features plenty of food vendors, carnival games, and amusement park rides in Luna Park and Deno’s Wonder Wheel Amusement Park.

Apartments for rent in Coney Island:

Rockaway Beach is located on the Rockaway Peninsula in Queens. It is the largest urban beach in the U.S. and stretches for six miles from Beach 3rd Street to Beach 153rd Street.

The beach was also featured in a 1970s punk rock song by the Ramones’ called “Rock Rock Rockaway Beach”. While the beach is a great spot for those who enjoy the sand and water, there are also plenty of other activities visitors can enjoy.

If you enjoy surfing, then you’d be happy to know that Rockaway Beach is NYC’s only legal surfing beach and you can even sign up for surf lessons at the New York Surf School in the neighborhood. The boardwalk also features a variety of bars and eateries such as the Rockaway Beach Surf Club and Ripper’s.

It is a smaller and quieter beach area located off the B and Q trains and many visit to swim and sunbathe. Despite its smaller size, you can find it packed with New Yorkers trying to escape the heat on a hot summer day. However, the best part of the beach is just off the boardwalk where plenty of Russian eateries, bars, retailers, and snack shops are located.

Brighton Beach, the neighborhood, is known as “Little Odessa” for its large community of Russian immigrants. In turn, the neighborhood is filled with Russian cultural shops and restaurants for beach go-ers to enjoy.

James Riis Park is a seaside park at the southwestern portion of the Rockaway Peninsula in Queens. It is also known as Jacob A. Riis park and Riis Park and nicknamed “The People’s Beach” because of its access to public transit.

The park was built in between 1936 and 1937 and the land that Riis Park now occupies was once home to Naval Air Station Rockaway, one of the U.S. Navy’s original stations.

Today, the beach is best known for its Art Deco boathouse built in 1933 and the Riis Park Beach Bazaar that features plenty of food and drink vendors. Along with the beach, the park also features plenty of other outdoor activities such as a golf center and ball courts.

Once the hotel industry in the area deteriorated, Manhattan Beach Park was built and opened to the public in 1955 in order to alleviate the crowding of Coney Island and Brighton Beach. It is a smaller beachfront that isn’t usually as crowded as Brighton Beach and Coney Island. This may be because there isn’t an accessible subway stop.

However, the beach is still known as a popular destination for families where many go for picnics and barbecues. There are also beach volleyball, tennis, basketball, and handball courts available. Additionally, the park offers free movies all summer long.

Whether you want to live in Brighton Beach or live in Coney Island NYC, Localize can help you find your perfect space. Just by answering a few questions or filtering for your needs, you can easily sift through all NYC listings to find the ones that match you.

Living near one of NYC’s beaches also comes with some risks. Localize’s listings will show you if a listing is in the flood zone or hurricane zone. Our detailed insights will then tell you how much of a chance of flooding in the next 30 years, chance of flooding every year, if it was inundated by previous storms, and where the nearest hurricane shelter is.

With all the wonderful beaches and summer destination spots in NYC, there are plenty of activities to enjoy. You can even rent out an apartment space near these beaches to enjoy for the summer months or even all year long.