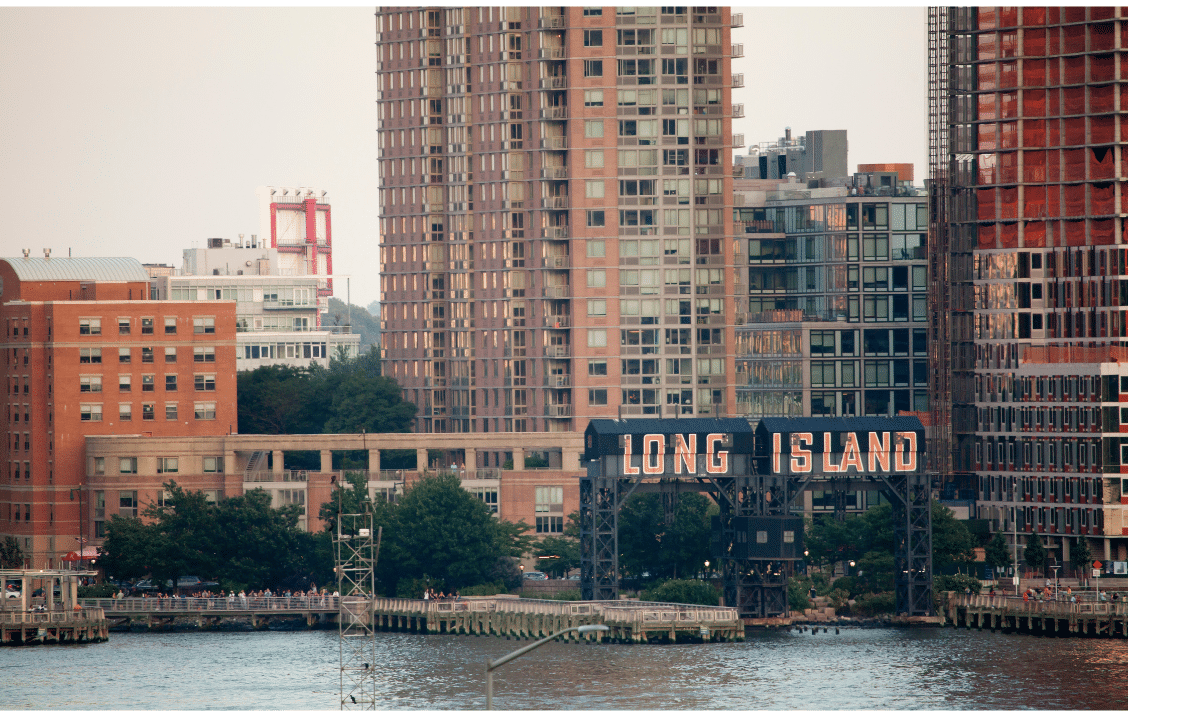 It would be easy to think of Manhattan — with its many art galleries dotted through the Lower East Side and Chelsea, and the string of museums along Fifth Avenue — as the best New York City borough for getting your art fix. But Long Island City, the westernmost neighborhood of Queens, has recently emerged as an artistic destination.

MoMA PS1 is a Queens counterpart to its more famous sister space across the East River. But the museum began as the first nonprofit arts center in the states devoted only to contemporary art. Its earliest incarnation was further south, in Brooklyn’s Williamsburg. There, in 1971, curator Alanna Heiss organized an artistic festival of concerts and exhibitions known as the Brooklyn Bridge Event, to which she invited friends to create pieces from trash found on-site to display along the East River.

A year later, with the same makeshift ethos, Heiss founded the Institute for Art and Urban Resources, Inc. (I.A.U.R.), an organization that turned underused spaces throughout New York City into studios and galleries. In 1976, the I.A.U.R. found itself a permanent home: Queens’ Public School No 1, a Neo-Romanesque building that had been serving as a storage facility since closing its doors as a school in 1963. Heiss secured a lease and renamed the space PS1 Contemporary Arts Center in 1997. It merged with MoMA three years later. Select works from its inaugural exhibition remain as a permanent installation to this day, and the space continues to serve as a locus of experimental art.

Just a few blocks away from MoMA PS1 you’ll find SculptureCenter, the city’s only non-profit art space for contemporary sculpture. Like MoMA PS1, earlier versions of this space first existed elsewhere. SculptureCenter began simply in concept as the open studio of sculptor Dorothea Denslow in 1928. It came to be known as the Clay Club, and relocated to a carriage house in the West Village where it evolved into the “Sculpture Canteen” during World War II.

In 1950, it relocated once again — to the Upper East Side — and underwent another name change, this time to SculptureCenter. It stayed put for more than 50 years before finding a new home in Long Island City, where it moved into an old trolley repair shop renovated by architect and sculptor Maya Lin. The modern center underwent an expansion in 2014 that now allows it to boast more than 8,000 square feet of combined indoor and outdoor exhibition space that features a diverse array of artists, temporary exhibitions, and public programming that includes lectures and performances.

A neighbor to the north of SculptureCenter, the Noguchi Museum is dedicated to Isamu Noguchi and his body of work. The prolific, multidisciplinary, award-winning American-Japanese artist and designer founded the museum himself in 1985, across the street from his personal studio, in a repurposed 1920s red brick industrial building. He attached a concrete pavilion to the original structure that was designed and built in collaboration with architect Shoji Sadao.

The Noguchi Museum’s expansive site includes 27,000 square feet over two floors as well as a sculpture garden, which provides a tranquil outdoor space featuring sculptures and plantings selected by Noguchi. His oeuvre spanned decades, and included sculptures, furniture, lighting, and set pieces that incorporated a wide range of materials to achieve their characteristic expressive quality. Galleries on the first floor mostly display Noguchi’s stone works from the 1960s to the 1980s, while the second floor’s exhibitions display a changing selection from his archive.

Socrates Sculpture Park sits a block north of the Noguchi Museum, between the East River and Vernon Boulevard. The waterfront park, located on what had been an abandoned landfill and illegal dumping ground until 1986, is now a reclaimed five-acre outdoor museum and designated public space. Its programming and exhibitions change seasonally and it has presented the work of more than 1,000 artists since it debuted. The space is open every day from 9am until sunset, An extra bonus: admission is always free.