Stay safe and find a home next to these NYC superheroes 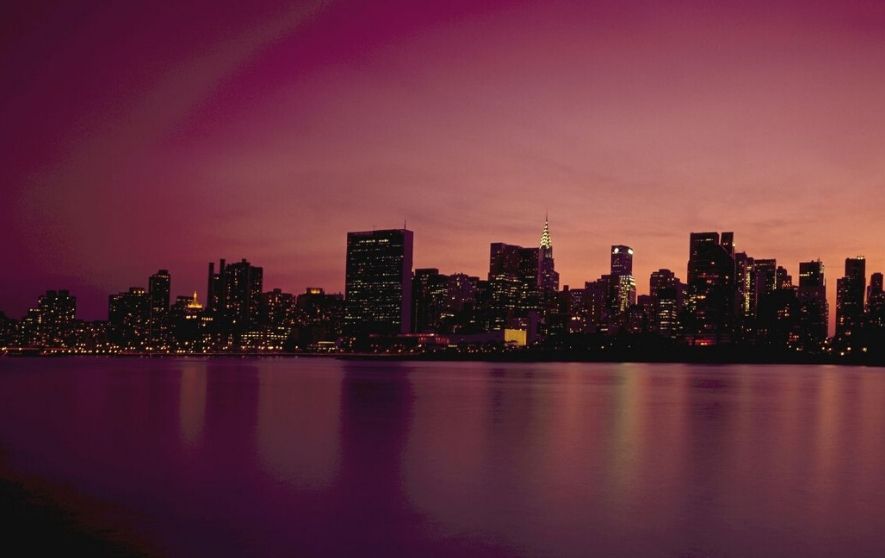 If you love superheroes and comic books, then you’ll know many of these superheroes live in NYC. So what part of the city are they from and where do the movies take place?

Out of all the places in the U.S. and in the world, why are superheroes from New York? For starters, many of the artists and writers for the Marvel Universe comics lived in NYC and suburbs of Long Island during the 1960s. This includes writer-editor Stan Lee, artist Jack Birby, artist John Buscema, inker Mike Esposito, Don Heck, John Romita Sr., George Roussos, and Frank Springer.

While many other superhero stories tend to take place in fictional cities, Stan Lee and other writers made the decision to make their company’s characters from a real place rather than fictional. As they all lived in NYC and some even born and grew up in the boroughs, what better than to also have their characters be from New York City. By doing this, it didn’t just make these superheroes relatable by reflecting real communities in the city, but also created their own colorful and full superhero universe within a lived-in city with history. It allowed a deeper dynamic for their characters as they live through the real life histories of NYC.

If you’re curious about what superheroes are from New York along with significant locations that are a part of their daily lives and stories, look no further! We’re here to take you on a tour of a few notable spots in NYC that are related to the superhero universe. Even better, if you’re from New York City or want to visit, you can even check these spots out yourself in person or even rent out an apartment near the space.

In the Marvel comics, 177A Bleecker Street is Doctor Strange’s home. It’s a Greenwich Village townhouse that he named “Sanctum Sanctorum”. In the comics, the building was said to be a focal point for supernatural energies and was always depicted as having more space inside than it seems to have from the outside.

The apartment address is a reference to the apartment shared by the writers of the comic, Roy Thomas and Gary Friedrich, in the 1960s. While in real life, it doesn’t look anything like the fictional Doctor Strange’s home, it’s still a special spot to fans of the Marvel Universe.

At the end of the first Captain American film, “Captain America: The First Avenger”, Steve Rogers wakes up in present day NYC. He runs out of the secret S.H.I.E.L.D. facility right into the middle of Times Square. He runs down a few blocks south on Broadway and realizes he’s no longer in the 1940s. In real life, the secret facility is made up of Morgan Stanley’s Global Headquarters along with a few other shops.

Here is an apartment for rent in NYC near the secret S.H.I.E.L.D. facility:

Peter Parker in the comics lives in Queens, New York and shares a home with Aunt May and Uncle Ben. While the fictional address is 20 Ingram St. in Queens, in the first Spider-Man movie, the home for Peter Parker was actually shot at 8839 69th Road in Forest Hills, Queens.

This is one available apartment for rent near Peter Parker’s home in Queens:

Marvel’s Jessica Jones is a TV series centered on a retired heroine, Jessica Jones, who begins a new career as a detective that specializes in hero activity. 485 West 46th Street in Hell’s Kitchen is Alias Investigations is located in the television series. The space is located in a prewar building that doubles as both an office as well as a live-in space with a bedroom, kitchen, and bathroom.

Here is an available rental listing near the Alias Investigations office and Jessica Jones’ apartment:

While the Stark Tower or Avengers Tower doesn’t really exist in real life, it was inspired by the MetLife building in Midtown Manhattan. It’s a high-rise complex that was featured in various Marvel movies such as the Avengers, Iron Man, Spider-Man, Captain America, and Doctor Strange. It was also in the TV series Agents of S.H.I.E.L.D.

Here is one available apartment for rent near the Avengers Tower:

The Avengers Mansion was originally the Stark family manor and was built in 1932 by Howard Stark. After it was inherited by Tony Stark (Iron Man), it became a place for the Avengers members as housing, training, and medical facilities. The fictional location of the Avengers Mansion was 890 Fifth Avenue in Manhattan, but it was actually inspired by the Henry Clay Frick House whose actual address is 1 East 70th street.

Here is an apartment for rent near the Avengers Mansion in Manhattan:

If you’re a fan of superheroes or the Marvel Universe, you’d be happy to know you can visit not just filming locations in NYC, but also places where superheroes lived and visited. Living next to your favorite superhero is just the next best thing! Localize makes your apartment search easier with our insights on all listings in NYC. Happy superhero apartment hunting.