NYC Guide: How to Live Like in the Movies 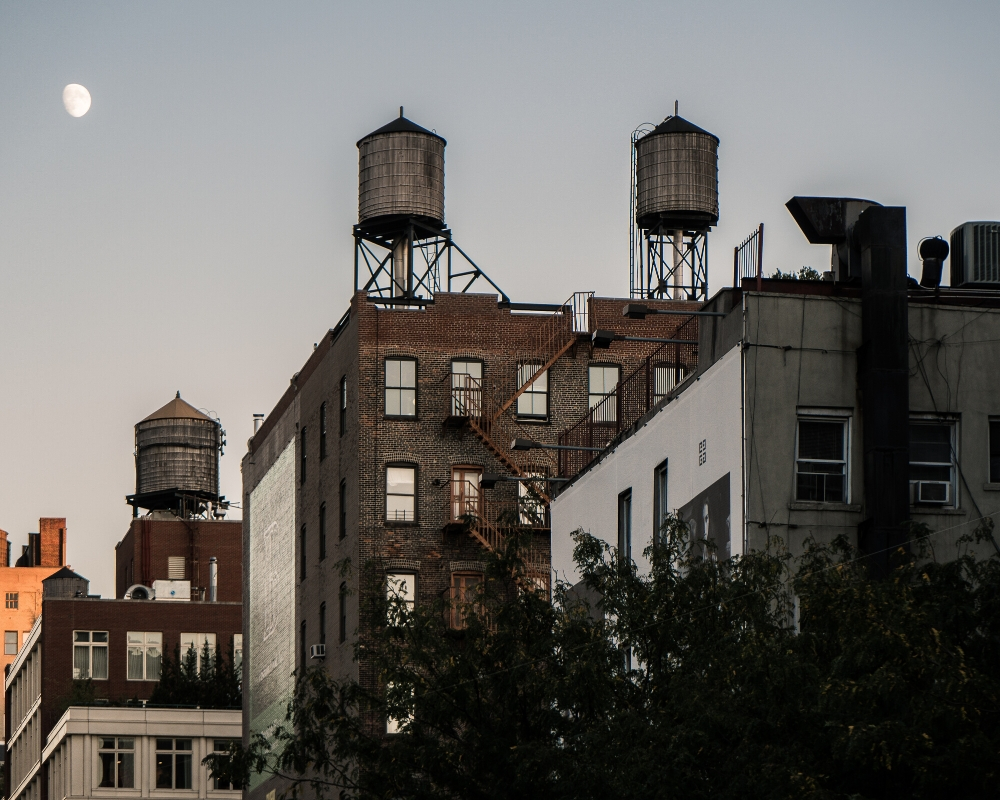 The best part about looking for a home in New York City is that you can live near spots depicted in famous movies. How to find these perfect locations? We are here to tell you.

New York City is known for its tall buildings, beautiful parks, gritty tenements, the Subway, and its diverse population. Filmmakers have put all of the best and worst parts of New York on film for decades and the city itself is known to most foreigners, domestic and abroad, by how they see it on their screens.

It’s hard to say which is the best New York movie, but you can certainly find the best place where you should be dancin’ (Bay Ridge, where Saturday Night Fever is set).

Here are a few cool movies, where they’re based, and some more information to help you decide based on the question, “Coming to America was set in Queens. Should I live there?”

When Harry Met Sally… — That Scene

Sally famously orders the Pastrami sandwich at Katz’s Deli, on the Lower East Side.

When Harry Met Sally, starring Billy Crystal (Harry) and Meg Ryan (Sally), is set across Manhattan mainstays like Katz’s Delicatessen on the Lower East Side, Cafe Luxembourg on the Upper West Side, Washington Square Park, and the Puck Building in Soho.

Spoiler alert! Though this movie is 30 years old, and it’s not really a secret: they wound up together, and likely needed to search for an apartment that fit all their needs. Imagine they had Localize.City!

Crave pastrami all the time? Why not live in an apartment around the corner from Katz’s Deli!

You can find When Harry Met Sally… on Hulu.

Inside Llewyn Davis — Is the West Village the most interesting neighborhood in Manhattan?

Llewyn Davis was one of likely thousands of musicians trying their luck in 1960s’ West Village.

Based on likely true events, Inside Llewyn Davis, follows a week in the life of an aimless troubadour throughout lower Manhattan. The titular Davis is looking for a folkin’ breakthrough in an era where the next Bob Dylan could be wandering from club to club, playing shows to anyone who’ll listen.

Spoiler alert! He doesn’t have his own home and most of the movie is tracking the failure of Llewyn as he earnestly tries to get his music into the hands of the public whose love he desperately desired.

How New York is this movie? It’s one of the finest representations of what life was like for the busking class in the 1960s. In fact, New York City has been a center for musical creativity for decades, and clubs around the West/East/Greenwich Villages have launched the careers of many famous bands you’ve certainly heard of.

It centers around MacDougal St.’s Gaslight Club, which was a center for bohemian, troubadour culture in Greenwich Village. But Davis also spends time with friends uptown on Riverside Drive on the Upper West Side.

The Gaslight Club closed its doors in 1971, but The Up & Up is there now. Want to live closeby? Check out these apartments nearby!

Want a quieter spot along the Hudson? Check out some spots along Riverside Drive.

Inside Llewyn Davis isn’t streaming on the usual platforms, but you can rent/buy it from Amazon or iTunes.

Do The Right Thing — should I live in Brooklyn?

Maybe Spike Lee’s finest movie, Do The Right Thing, tells a story about rising racial tensions between Italian- and African-Americans in Bed-Stuy, Brooklyn. The conflict bubbles up when a local pizza shop owner refuses to add famous Black Americans to his wall of fame.

Spoiler alert! This doesn’t end well for anyone. As Spike Lee asks his audience to examine their own biases and neighborly relationships, he does so by pointing out a great aspect of Bed-Stuy in NYC–neighbors.

How New York is this movie? The homes are classic brownstone and the stores are downstairs. You can likely get what you need within a short walk, and you can know your neighbors. Maybe not like the 80s, but it’s definitely possible — something much harder to do in neighborhoods where glass towers rule over the streets.

It was shot almost entirely on Stuyvesant Ave. between Lexington Ave. and Quincy St. What an amazing story to tell your friends that you live on the block where one of the world’s greatest movies was shot? Check out nearby homes on localize.city right now.

Do The Right Thing isn’t streaming on the typical platforms, but you can buy/rent it on Google Play or Youtube.

The Bonfire of the Vanities — The Upper Crust of the UES

Tom Wolfe’s very famous book, The Bonfire of the Vanities, about the “masters of the universe”– aka finance bros — was made into a very bad movie. It was so unsuccessful at translating the message of the book onto screen that someone wrote another book describing how sloppy the whole process was, which is pretty amusing.

Spoiler alert! Wolfe’s story revolves around a wealthy bond trader who lives on Park Ave. in Manhattan. His life is turned upside down when he and his mistress are traveling in the Bronx and hit a young boy. It prompts a book/movie length run around and minor characters, also looking for their chance to become “masters” of their own domain, looking to profit off the misfortune of our main master.

How New York is this movie? If there’s one movie that defines the scathing excesses of the 1980s in New York it’s Wall Street with Michael Douglas. But! Bonfire is a close second. It glides between the Upper East Side and the Financial District, which is a trip many New Yorkers take each day.

You can live in Sherman McCoy’s building for a mere $10 million! Check out listings here, and nearby.

You can live close to work if you’re in love with walking to your job on Wall Street. What’s not to love?

You can stream Bonfire of the Vanities on Vudu, and rent/buy it on Amazon and other places.

Coming to America — Should I live in Queens?

Eddie Murphy’s very fun movie, Coming to America, about his character, an African prince in disguise as a poor goat herder, is set in Queens. He (Prince Akeem) and his sidekick, Semmi (Arsenio Hall) move to a small place in Jackson Heights, which was not as desirable a neighborhood as it is today!

Spoiler alert! Murphy’s Prince Akeem finds love with a woman who doesn’t know he’s a prince, which leads to some pretty excellent comedy. The story follows a heartbreak and reconciliation, and has some awesome shots of 1980s New York apartments.

How New York is this movie? It takes a liberal approach to outer borough neighborhoods, which was pretty common before the Internet made every block available to examine (for everything like sunlight and street work nearby). It was actually filmed in Williamsburg, Brooklyn, even though it was portraying Jackson Heights, Queens.

You can live nearby! Check out apartments in Williamsburg, or if you’re committed to the movie, in Jackson Heights.

Coming to America isn’t available to stream for free, but you can likely buy it from anywhere you’d usually buy movies, like Amazon or Google Play.

Find your next home like in the movies on Localize.City right now.