Know a Dog Named Bella, Lucy, Max or Charlie? Odds Say You Do. 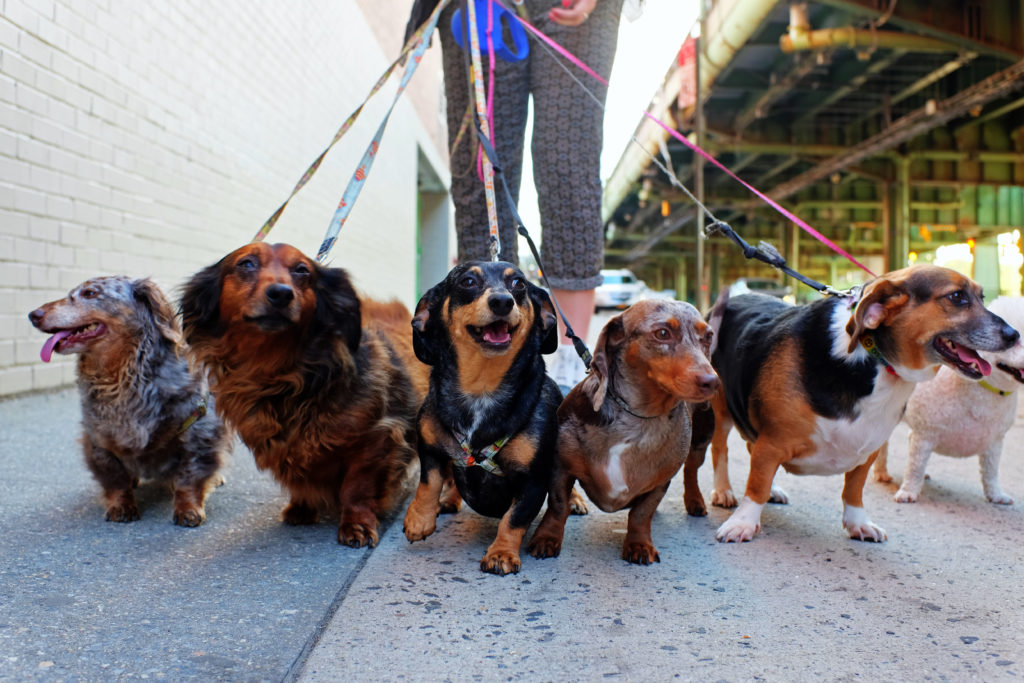 It turns out, when it comes to picking names for pups, many New Yorkers across the boroughs tend to follow the pack.

“New Yorkers are more alike than they may realize when it comes to naming their dogs,” Localize.city urban planner Alon Goldstein said. “Neighborhoods with widely different demographics and types of housing have similar dog names.”

Bella, for instance, was the No. 1 female dog name in a wide range of areas, from Manhattan’s East Village to Queens’ Middle Village, from Brooklyn’s Red Hook and Carroll Gardens to West Farms in the Bronx and Staten Island’s Bulls Head.  In fact, Bella was the top female dog name in 73 areas across the boroughs, according to a Localize.city analysis of New York City Health Department dog registration data by ZIP code from 2016, which was the most recent year available.

Bella bested other dog names in all Staten Island ZIP codes. It was also dominant in South and East Brooklyn, Eastern and Central Queens, as well as the North Bronx and eastern part of the borough. Princess reigned the South and Central Bronx, while Lucy was big in areas like Inwood, the Upper West Side and Upper East Side, Brooklyn Heights/Dumbo and Park Slope, and part of Jamaica Estates and Hollis.

Residents at the southern tip of Manhattan diverged the most from each other for female dog names: Juno was most popular in part of the Financial District, while Stella, Luna and Smokey were common in other parts of FiDi, and Mabel was all the rage nearby in Battery Park City. Across the river, Penny was popular in part of Long Island City, Chloe was a favorite in Whitestone/Clearview, and you’ll likely hear someone calling for Olive in parts of Fort Greene and Clinton Hill.

For males, the No. 1 name was Max, where it was top dog in 57 neighborhoods, including parts of Manhattan’s Upper West Side and Brooklyn’s Park Slope, as well as Jackson Heights in Queens, the Bronx’s Classon Point and Staten Island’s Arrochar.

Overall, Max was the dominant name in most Brooklyn and Queens ZIP codes, and it vied for top dog name with Rocky in the Bronx. Rocky also took hold of a large swath of Staten Island, with some pockets in Upper Manhattan, north Queens and South Brooklyn. Charlie was the most popular name in most Manhattan ZIP codes.

Chance was the most popular name for male dogs in parts of Jamaica, while Diesel was big in other another part of this Queens neighborhood. In yet another part of Jamaica, Gizmo was most common, as it was in part of Crown Heights. And while Prince reigned supreme in five ZIP codes — part of Crown Heights/Bed-Stuy, Cypress Hills/East New York, Canarsie, Flushing,  and St. George/New Brighton — King took the crown in one: Morris Heights in the South Bronx.