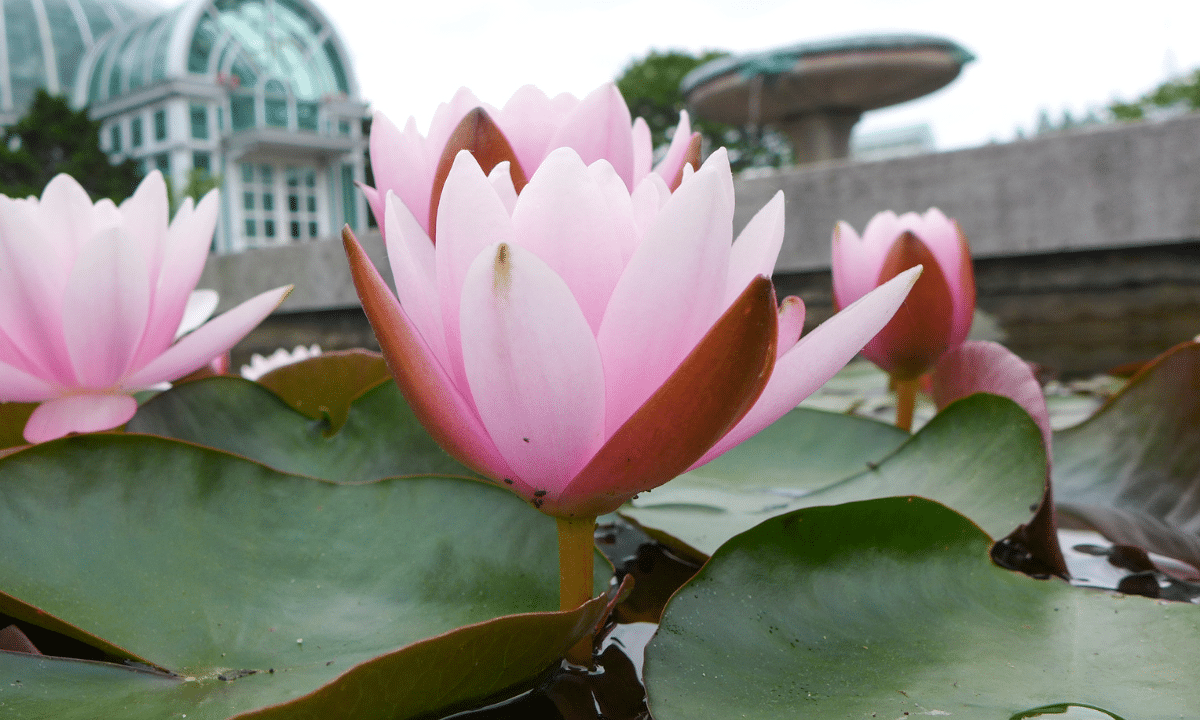 New York City may have a reputation for being a concrete jungle, but that doesn’t mean it’s devoid of any greenery. Far from it, in fact: with more than 1700 parks, playground, and recreation facilities across the five boroughs, the city offers plenty of opportunities for whatever your outdoor dreams are made of. The first day of spring is a great excuse for visiting these many outdoor spaces. Here, a list of some of New York City’s best parks to warm up along with the springtime weather.

In the mid-19th century, New York City’s population almost quadrupled in the span of only about 30 years. This population boom led to public demand for a new large park in Manhattan, as a place of refuge from the noise and crowds. With city approval in 1853, landscape architects Frederick Law Olmsted and Calvert Vaux debuted Central Park four years later, and it soon became the most-visited urban park in the United States.

Its 843 acres connect Manhattan’s Upper West and Upper East sides, and include 21 playgrounds, more than 6 miles of roads, a collection of artificial lakes and ponds, the Jacqueline Kennedy Onassis Reservoir, the Delacorte Theater, the Central Park Zoo, and Wollman Rink — among other attractions. The Ramble, a wilderness area of meandering trails and streams on the park’s west side, is perfect for getting some solitude, while Sheep Meadow, a 15-acre lawn in the southwestern section of the park (and a former pasture for grazing sheep), is a great spot for joining the crowd.

Though it doesn’t offer nearly as much green space as its neighbor to the north, Manhattan’s Washington Square Park is another quintessential stop on any tour of New York City’s best parks. This Greenwich Village gathering place, now surrounded by many of NYU’s academic and residential buildings, began as farmland.

The park debuted on the site in 1850, and has since become a hub for artists, musicians, street performers, skateboarders, and other colorful personalities. Its centrally-located fountain, just south of the Washington Arch at the park’s northern gateway, is an ideal spot for settling into some people-watching, or admiring the nearby Greek Revival townhouses that have been considered prime real estate since they were first built almost two centuries ago. The park has been completely closed to traffic since 1859, allowing its visitors to fully claim the space as their own.

When New York City’s elite called for the construction of a new urban park in the 1840s, Battery Park was already the city’s largest square. Though Central Park was ultimately chosen to satisfy the request, Battery Park remained a significant locus for public activity. The 10-acre park at the southernmost tip of Manhattan (named for the artillery batteries first built there in the late 1600s) was the city’s entry point for immigrants until Ellis Island replaced it in 1890.

Park improvements in the late 19th century saw the completion of Pier A, which was a former fireboat station, and now stands as the last surviving historic pier in the city. Castle Clinton — originally a fort at the site’s northwestern corner — was a customs and immigration center before housing the New York Aquarium for almost 50 years. Battery Park faces New York Harbor and, as such, serves as a launch point for ferry service to Governors Island, the Statue of Liberty, and Ellis Island. It’s also adjacent to a major transportation hub that includes the Staten Island Ferry. A 2015 redesign of the park included the addition of the SeaGlass Carousel, a nod to both Battery Park’s waterfront location and Castle Clinton’s history.

Brooklyn Bridge Park feels more like a boardwalk than a public park, but that doesn’t make it any less appealing. Its 85 acres cover 1.3 miles along the East River, from Atlantic Avenue in the south to Jay Street just north of the Manhattan Bridge. The park, relatively new compared to others throughout the city, occupies a former industrial stretch owned by the Port Authority of New York and New Jersey. Site planning began in 2002, and the park debuted in 2010.

Its six waterfront piers include bike paths, sports fields, basketball courts, a skating rink, and Jane’s Carousel, a restored merry-go-round from the 1920s. It’s especially popular for wedding photoshoots, and the outdoor movies presented in warmer weather are beautifully framed by the Manhattan skyline.

The success of design duo Olmsted and Vaux wasn’t limited to Manhattan’s Central Park; the pair also designed Prospect Park in Brooklyn. Brooklyn’s second-largest park (Marine Park is the first), lies between Park Slope, Prospect Heights, Prospect Lefferts Gardens, Flatbush, and Windsor Terrace. While it first opened in 1867, it wasn’t complete until 1873, and has undergone more modifications and expansions since.

Main attractions within Prospect Park’s 526 acres include the Long Meadow; Brooklyn’s only lake; and, the Prospect Park Bandshell, which hosts free outdoor summer concerts. Recreational facilities include a tennis center, basketball courts, and soccer and baseball fields. Visitors should also be sure to stop by the wonderful Prospect Park Zoo.