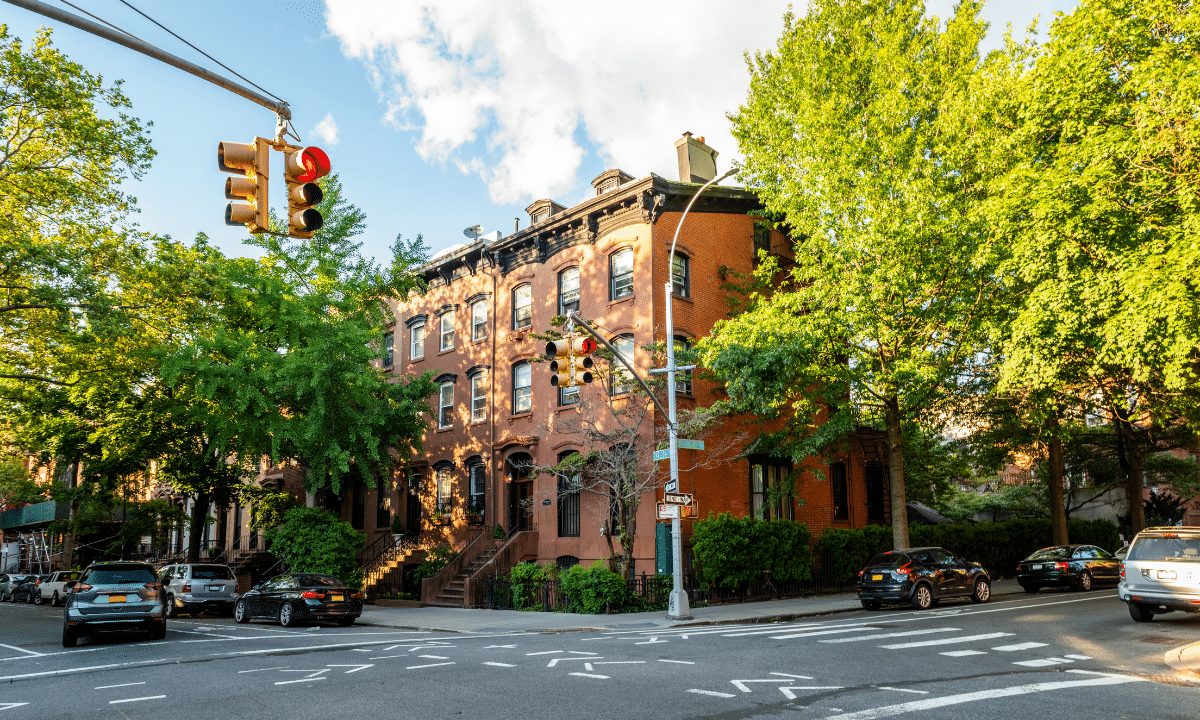 The north-central Brooklyn neighborhood of Clinton Hill, bounded by Atlantic Avenue to the south and the Brooklyn-Queens Expressway to the north, covers an area colonized by the Dutch in the 17th century. At that time it was known just as “The Hill,” for its relatively high elevation. But with the creation of Clinton Avenue in 1832 — named for former NYC Mayor and Governor DeWitt Clinton — the new moniker was established. With it, a wave of development began, notable for the distinctive architecture that eventually led to Clinton Hill’s status as a landmarked district.

To take a tour of some of the historic buildings that represent Clinton Hill’s characteristic charm, start with the list below.

Clinton Avenue had become one of the richest streets in Brooklyn by the 1880s, after oil executive Charles Pratt moved in and encouraged his contemporaries to do the same. He first built a mansion for himself at 232 Clinton Avenue in 1874, then gifted a mansion each to three of his four sons as wedding gifts on the same street. As a result, Clinton Avenue became the neighborhood’s Gold Coast for wealthy residents. The construction of new apartment buildings in the early 20th century replaced some of the original mansions along Clinton Avenue, but many are still there, including Charles Pratt’s former home, now part of St. Joseph’s College campus.

Hundreds of residential buildings constructed from the 1840s to the 1920s make up most of Clinton Hill’s historic district and showcase an eclectic mix of architectural styles. Noteworthy homes include a brick and stone villa built in 1850 on Clinton Avenue, just north of Gates Avenue, and a Gothic Revival wooden house erected in 1854, a few blocks north. Row houses along Grand Avenue, DeKalb Avenue, and St. James Place demonstrate the mix of Italianate, Beaux Arts, and Greek Revival styles that were used at the time they were built, which was just after the Civil War.

In 1851, local lawyer John Graham built the Graham Home for Old Ladies at 320 Washington Avenue to provide shelter for “poor gentlewomen.” For more than a century, the building’s elderly occupants had to meet specific criteria, including “bring(ing) satisfactory testimonials of the propriety of her conduct,” to qualify for residence there. The home closed in the 1950s, and was subsequently used for less-respectable purposes, including as a place to find “ladies by the hour,” and later as a single-room occupancy hotel, before it was abandoned.

A series of different developers bought the building, but it stood empty until 2000, when the BRP Development Corporation took over the dilapidated property and converted it into a condo. They also restored the grounds and exterior details of the Italianate brick building, bringing back its original facade and other details. A favorite feature of current occupants is the plaque above the front door that still reads “The Graham Home for Old Ladies.”

Charles Pratt’s impact on the development of Clinton Hill wasn’t limited to the residential stretch along Clinton Avenue. In 1887, he founded Pratt Institute, whose courses initially focused on engineering, architecture, and fine arts. While academic programs have changed a bit since it opened, the campus remains a highlight of the neighborhood and includes the largest contemporary sculpture park in New York City.