Eight Reasons Why Your Next Home Should be in Bay Ridge, Brooklyn 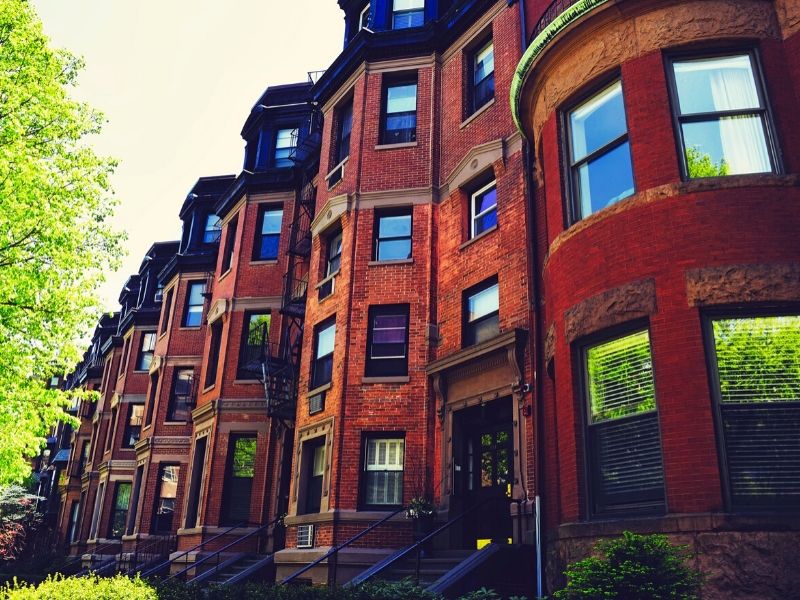 Living in Brooklyn can mean many things, but living in Bay Ridge is as “Real Brooklyn” as a neighborhood gets. Full of families, beautiful views and incredible homes. Let’s explore why Bay Ridge should be your next home in Brooklyn.

In the last 10-20 years, as gentrification and change have come to much of North and Central Brooklyn, there often is a dichotomy some like to call, “Real Brooklyn” and “New Brooklyn.” Brooklyn as an international brand, a place of hip restaurants, street art, young people with beards or bangs who can teach you everything about speciality coffee, that’s the new Brooklyn. Places like Williamsburg, Boerum Hill, Bushwick or Greenpoint.

But to an older generation of New Yorkers, Brooklyn meant something else. For them, Brooklyn is where you raise your kids to play stickball and root for the Dodgers (or now Mets or Yankees). Thick with “dees, dem and dose” accents, wonderful bakeries, and even better brownstones. That’s what you get when you buy a home in Bay Ridge. It’s a different part of Brooklyn, a place full of native New Yorkers and growing immigrant populations. A slice of the past, pointing towards a wonderful diverse future.

1. It is Close to Your Work in Manhattan

3. You Can Send Your Kids to Great Schools in Bay Ridge

Bay Ridge is in District 20, which also includes several nearby neighborhoods and Fort Hamilton army base.

One of the more beautiful parts of Bay Ridge is Doctors’ Row. Alongside Bay Ridge Parkway between 4th Avenue and 5th Avenue, it features rows of houses featuring Renaissance Revival architecture and elements of Colonial Revival. All over are gorgeous homes!

5. It’s Small, But Has a Growing and Diverse Population

According to 2010 Census, Bay Ridge had just under 80,000 residents. At the time two-thirds of the residents identified as White/Caucasian, under 2% reported they were Black/African American, with 13% Asian. About 16% were Hispanic or Latino.

Historically the area had a large Norwegian and Italian population, but now has a growing Chinese population in addition to many new immigrants from Asia, Latin America and parts of the former Soviet Union.

6. There are Plenty of Parks in Bay Ridge

One of the best parts of living in Bay Ridge is the incredible park access. While blocked from direct water access by the Belt Parkway and Shore Parkway, Bay Ridge is ringed by Shore Road Park and Owl’s Head Park at the Northwest. Among other recreational activities and leagues at Shore Road Park is the Kings County Softball League, which plays all across south Brookly. And on the other side of the Gowanus Expressway lives the Dyker Heights Golf Course.

If you buy an apartment in Bay Ridge, you’ll be in the NYPD’s 68th precinct. Over the last 30 years crime rates have plummeted in Bay Ridge. In 2019 there was just one murder in the entire precinct, and in total barely over 700 felonies, down from over 6,000 felonies and 11 murders in 1990. This drop in crime mirrors what has been seen across New York City.

8. It Has a Rich History

The Canarsee Indians, a subsect of the Lenape tribe, were the original residents of Bay Ridge. We assume they had great views of the water, but also a very hard time getting to Staten Island because the Verrazzano Bridge did not exist yet.

Bay Ridge once was known as Yellow Hook (named after the color of its soil), but after the Yellow Fever outbreak they wanted to distance themselves from the disease, and renamed the area to Bay Ridge, because of the incredible views of New York Bay.

Bay Ridge real estate now contains many single family homes and apartment buildings. Homes for people who commute from Bay Ridge to Manhattan every day, but back in the 19th Century, this area was mainly for summer homes and country estates for wealthy New Yorkers.

That all changed once electric streetcars, and then subways, came to Bay Ridge. That led to rapid population increases and real estate development. For years there were attempts to build a bridge or tunnel from Bay Ridge to Staten Island. Some pushed back, fearing this could change the character of the neighborhood, and hurt Bay Ridge’s real estate. But New York’s master builder, Robert Moses, didn’t care about small-minded concerns. He knew a connection between Brooklyn and Staten Island would be good and made sure ample new highways and parkways ran through Bay Ridge feeding into the Verrazzano-Narrows Bridge.

As of January 2020, these are some homes for sale in Bay Ridge