Chicago pizza or NYC pizza– which one is the best? 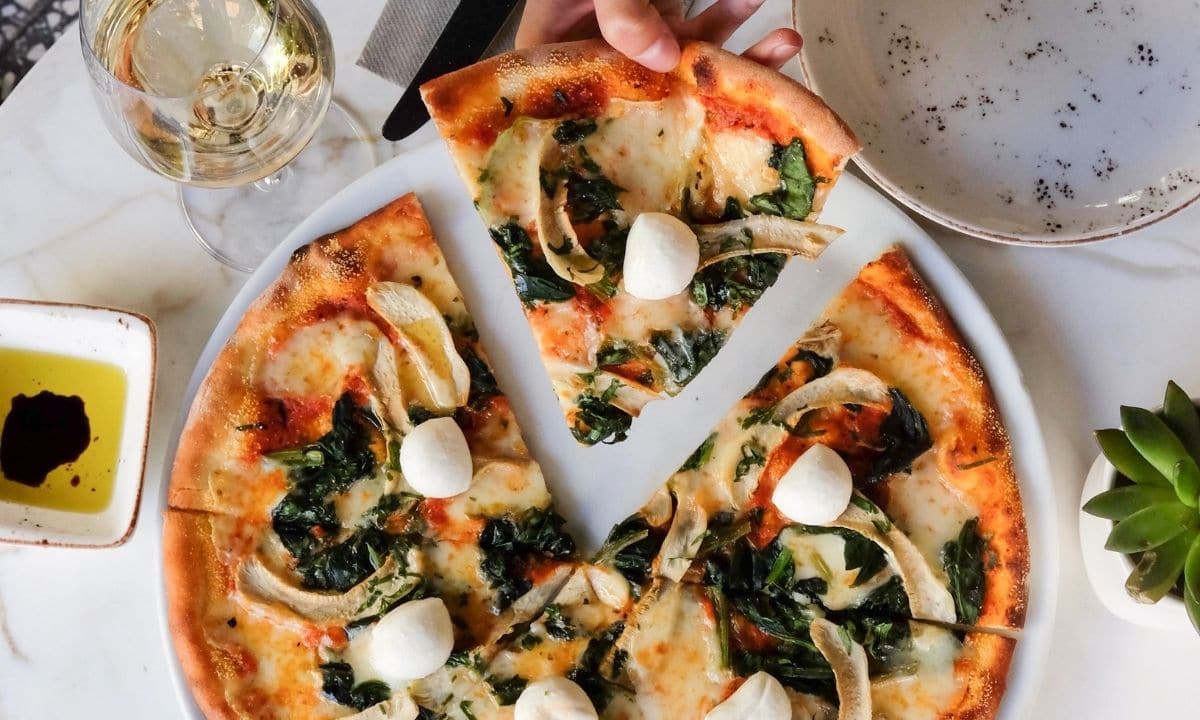 We’re here to answer the ultimate question when it comes to pizza: what pizza is better– Chicago’s or NYC’s? Let’s see how your favorite pizza compares.

Both New York City and Chicago have thriving food cultures. These cultures are made up of innovative restaurants, Michelin-starred chefs, cultural cuisine, and much more. Both cities’ food cultures are reflective of their melting pot population.

While New Yorkers and Chicagoans both have a love for food, there are some key differences between the food in each city. This is evident in the popular foods coming from both cities. The biggest debated topic is their pizza styles.

The history of pizza

The origins of pizza can be traced back to ancient cultures where they made plain flatbreads with various toppings on it. However, the word “pizza” did not come into existence until 997 A.D. in Central and Southern Italy. The modern pizza we know today came from the 18th or 19th century when similar flatbread dishes were created in Naples, Italy.

Pizza first arrived in the United States during the late 19th century when Italian immigrants arrived. This dish was popular among the large Italian immigrants that settled in NYC, Chicago, Philadelphia, Trenton, and Saint Louis. In fact, the first pizza served in the U.S. was in 1905 in New York City when the first pizzeria, Lombardi’s, was opened.

What is the famous NYC pizza?

The famous New York City style pizza is similar to the Neapolitan-American styled pizza. It is a thin crust pizza topped with tomato sauce and fresh mozzarella cheese. The original NY pizza came to life in 1905 when Gennaro Lomardi opened “Lombardi’s” in Little Italy, Manhattan. This pizzeria was the start of the pizza style NYC is known for today.

While the original pizzerias cooked their pizza in coal-fired ovens, today the majority of pizza joints use deck ovens or gas ovens. Additionally, the NYC pizza today is most commonly characterized by their large slices and affordable prices. They are made so customers can fold the large triangular wedges in half and eat on the go.

The famous NYC pizza also tends to have more cheese than the typical Neapolitian-American pizzas and use low moisture mozzarella rather than fresh. While a cheese pizza is the base for NYC pizzas, many pizzerias and restaurants around the city serve their own variations and toppings.

What is the famous Chicago pizza?

Chicago is another city with their own famous style pizza. The Chicago pizza is a deep dish pizza that is baked in a round pan. While the exact origins of the deep dish pizza is still debated, it is believed to have been created in 1943 at Pizzeria Uno by Ike Sewell. The pizza has high crust edges and looks similar to a “stuffed pizza” since it holds large amounts of sauce and cheese. Since it is a thicker type of pizza, it takes a longer time to cook compared to a regular pizza.

Compared to a normal pizza, the assembly of Chicago’s deep dish pizza is unique. While other types of pizza tend to go from crust, sauce, cheese, to other toppings, the deep dish is put together in the opposite order. Since it takes a longer time to cook, cheese and toppings can burn at the top. That’s why cheese is the first topping to go onto the crust. After the cheese, are the meat toppings, then other toppings like onions, mushrooms, and bell peppers. Lastly uncooked tomato sauce is the final and top layer.

The famous pizza styles found in both cities are a lot different from each other. Unsure about which one you like best? Let’s break down their similarities and differences.

If you think cheese is just cheese on a pizza, then it can be surprising to know that the types of cheese on a pizza can make a big impact on its taste. The typical NYC pizza uses grated, low moisture mozzarella rather than the fresh mozzarella usually found on a Neapolitan pizza. On the other hand, a Chicago style pizza features a variety of cheeses. Not only that, since it is a deep dish pizza, they usually have multiple layers of cheese rather than just one.

Both pizza styles also differ in how the tomato sauce is made. The NY style pizza usually features a seasoned tomato sauce that has a balance between sweetness and heat. Additionally, the texture of the sauce is thin enough to spread well, but thick enough so it does not make the pizza become songy.

In terms of a Chicago style pizza, they tend to have more sauce compared to the NYC pizza. Moreover, their sauce has a different texture. A Chicago pizza sauce is chunkier than the typical pizza sauce, but not as chunky as a traditional deep dish pizza.

It’s no surprise that a NYC thin crust pizza experience is different from a Chicago deep dish pizza experience. Pizzas in New York City are usually sold by the slice. These slices are large, about 18 inches in diameter, and cut into a triangle shape. The pizza slices are made so you can easily eat them on the go and with your bare hands without much mess.

Contrary to the NYC pizza, a Chicago deep dish pizza requires you to sit down and eat it with utensils and napkins. Since the deep dish pizza is a lot thicker, it can also be messy and not the type of pizza you can easily eat on the go.

Where to eat the best NYC pizza?

There are so many pizzerias, pizza joints, and pizza restaurants throughout NYC. So where can you find the best pizza in New York City? Here are just two spots in the city where you can get great pizza and some houses for sale in NYC nearby.

Want to try a NYC pizza at the original pizzeria? Lombardi’s still has their Little Italy location in Manhattan but did you know they also have a shop in Chelsea? Lombardi’s still makes their pizza in a coal oven and is topped with tomato sauce and fresh whole milk mozzarella and basil.

Listing near Lombardi’s in Chelsea:

Joe’s Pizza opened in 1975 in Greenwich Village, Manhattan. Here you can find a classic NYC pizza slice. It is a slice shop where you can easily stop for pizza whenever a craving hits. Their pizza features a foldable crust, stretchy mozzarella, and sweet tomato sauce.

Where to eat the best pizza in Chicago?

Interested in trying out Chicago’s deep dish pizza? Here are two pizza restaurants where you can get your fill of this delicious dish along with houses for sale in Chicago nearby.

Labriola is a newer restaurant that opened up in 2015. You can find it on Michigan Avenue in the Streeterville neighborhood. Their deep dish pizza is one of those pizzas that seem to hold an incredible amount of toppings. Additionally, their pizzas have delicious caramelized cheese around the edges of the crust.

Both NYC pizza and Chicago pizza have their own unique taste. While the debate continues, which pizza style do you prefer?

If you are a pizza fan, Localize has plenty of listings on the market in both Chicago and NYC so you can live next to your favorite pizza joint. 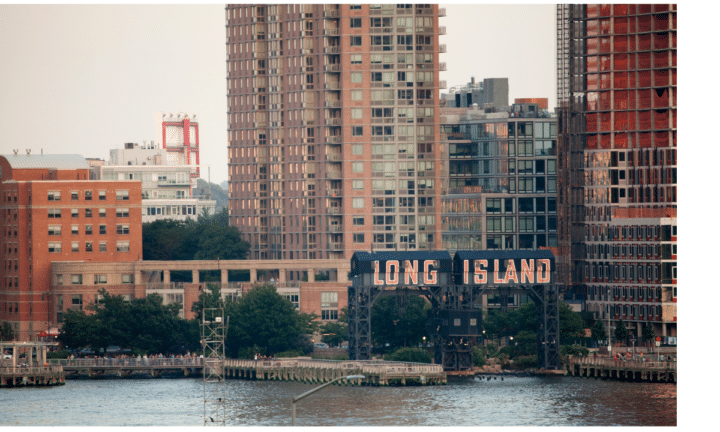 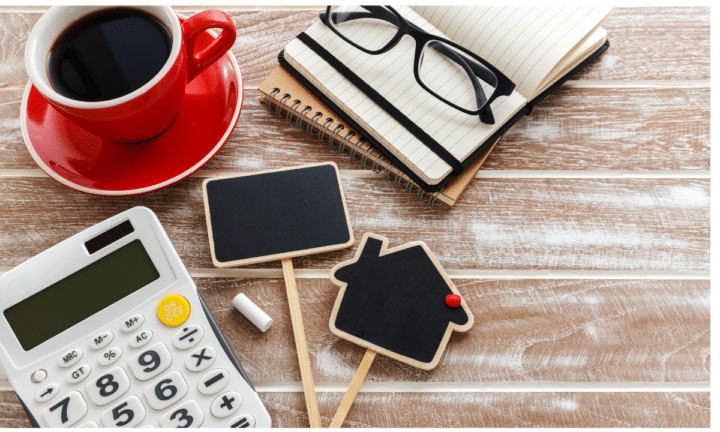