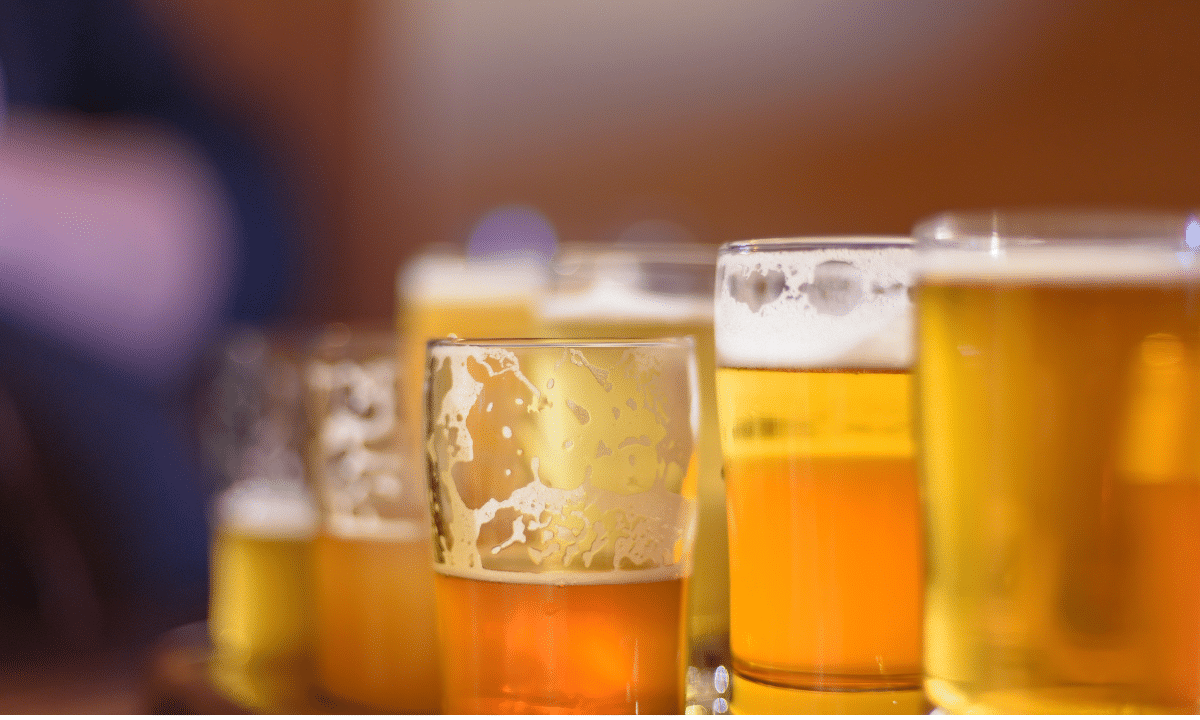 Astoria, the large Queens neighborhood that sits opposite the Upper East Side of Manhattan, is known for its multicultural, immigrant history. Starting with German and Irish immigrants, who came to Astoria in the 19th century, each generation has brought newcomers to the neighborhood, hailing from parts around the globe including Italy, Greece, South America, the Middle East, and more.

As you might expect from such a varied community, Astoria has an eclectic vibe — changing from one block to the next. And nowhere is this most apparent than in Astoria’s food offerings. Representing cuisine from its community’s many cultures, there are seemingly endless varieties of delicacies to try. The following are some of the best places to have a bite to eat in Astoria.

The best places to eat in Astoria

Queens has one of America’s largest Greek communities, and the neighborhood is full of Greek restaurants that use the traditional term “Taverna.” One of the best is Amylos, where a soft, warm ambience and an Athens-inspired decor is served alongside gourmet Greek dishes, with an emphasis on its seafood selection. Be sure to try the Lobster Moussaka – think of it as a lobster, eggplant, and potato lasagna.

Representing Astoria’s large Middle Eastern population, Zyara is one of the finest restaurants in the neighborhood. Meat lovers will delight in its towering plates of lamb and chicken, which provide for some of the best kebabs and shawarma in town.

If you’re looking for a new twist on a familiar dish, try Moriyan Ramen and Curry. It specializes in Kagoshima ramen, a southern Japanese ramen variant distinguished by its pork-bone broth. Another of Moriyan’s dishes takes Kagoshima ramen up another notch by adding aged black garlic – anyone interested in a spicy new adventure should try it out.

Astoria boasts a sizable Brazilian community, and the place to experience this South American country’s cuisine is the Favela Grill on 28th Avenue. From the greens of the Caldo Verde potato soup or the yellow Strogonoff De Frango — chicken with a cognac and mushroom sauce — you’ll experience all the colors of Brazil. Of course, many patrons choose Favela Grill’s perfectly seared sirloin steak.

If you’re craving more Greek food, head to Boulis Cafe, a restaurant that doubles as a bakery with some of Greece’s finest sweets. At Boulis, they have a selection of Greek-style savory pies, filled with spinach, cheese, or hotdog. On the sweeter side, they’re famous for their Loukoumades, which are honey-filled rings of fried dough.

here are a lot of pizza places in New York, but few bring the combination of originality and perfection that Milkflower does. Its wood fire grill delivers the singed crust and bubbling cheese that are a requirement of great pizza, but what you’ll probably remember most is its creatively-named toppings. Try the meatball-topped “Willy Mo” or the “Wu-Tang Clam” with cherrystone clams and Fresno chili.

Finally, we come to one of Astoria’s most famous gastronomic staples, the Bohemian Hall and Beer Garden. A New York institution for over 100 years, the Bohemian Hall and Beer Garden, which was set up by Czech and Slovak immigrants, has a wide selection of Central European beers on tap. The food menu is a delightful combination of comfort food from both the US (nachos, cheese fries, wings) and Europe (schnitzel, goulash, pierogies). And it’s all located in a large outdoor dining space, with events such as concerts, sports watch parties, and, of course, Oktoberfest.

Whatever you’re in the mood for, it can be found in Astoria, and often with a delicious added twist that you can find nowhere else.