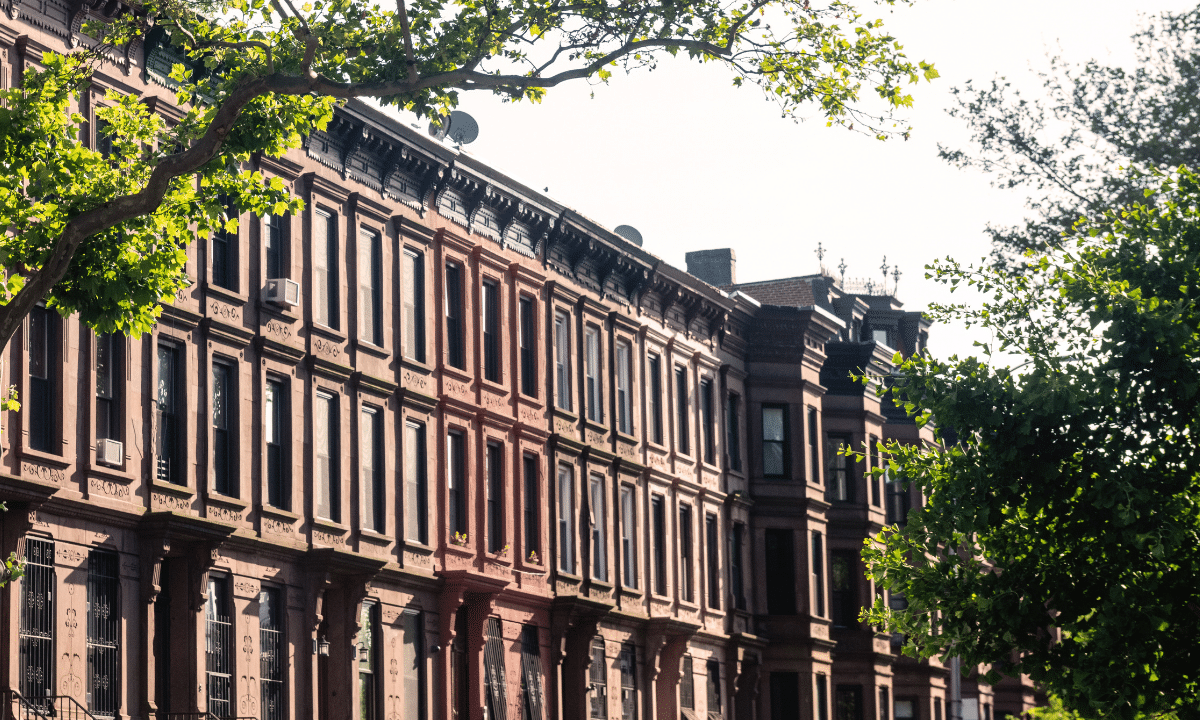 Bedford-Stuyvesant, Brooklyn, aka Bed-Stuy, may be widely recognized as the setting for Spike Lee’s Do the Right Thing, or perhaps as the neighborhood that Jay-Z, Chris Rock and Notorious B.I.G. once called home. What’s perhaps less well-known is that Bed-Stuy includes the largest collection of intact Victorian architecture in the United States — almost 9,000 brownstone buildings that were all constructed before 1900 by celebrated Brooklyn architects.

Brooklyn’s “Brownstone Belt” developed from 1840-1900, beginning in Brooklyn Heights. They were built as housing for New York City’s upper class, who saw Brooklyn as a peaceful suburb outside of Manhattan. As more and more New Yorkers moved to the borough, the brownstone construction continued, moving south to neighborhoods like Clinton Hill and Carroll Gardens.

After the completion of the elevated commuter trains, additional areas were opened to development as many more people chose this new type of suburban living in Kings County. The Brownstone Belt extended along the route of the train lines, and into what became Bedford-Stuyvesant.

With the boundaries of Jefferson Avenue to the north, Fulton Street to the south, Malcolm X Boulevard to the east, and Tompkins Avenue to the west, Bed-Stuy’s historic districts are celebrated as having some of the most beautiful remaining buildings in the Brownstone Belt.

A stroll through these districts will reveal rows and rows of the homes, featuring classical elements such as bay windows, decorative finials, and stone stoops — a staircase connecting the street or sidewalk to a small porch in front of the home’s entrance. Don’t miss MacDonough Street which is known for its magnificent greenery, and a visit to Madison Street will reward you with buildings that buck the term “brownstone” as they are painted in an array of bright colors.

But these lovely buildings are more than just a pretty facade: they’re characterized by a collection of noteworthy interior architectural details, too, including parquet floors, marble fireplaces, crown molding, sweeping staircases, and decorative stonework.

The preservation of the buildings is due in large part to the community. A few decades after Bed-Stuy was settled as a commuter town — around the time of the Great Depression — immigrants hailing from South America and the Caribbean settled into the brownstones there, establishing it as the second largest black population in New York.

Along with the new residents, the neighborhood developed a strong sense of community — which it’s still known for today. In fact, many of Bed-Stuy’s historic brownstones have stayed in one family for generations. It’s also common to find many residents who have extended family living on the same block. This continuity helped protect the historic brownstones, many of which still have their original details surviving.

Today — according to a May 2020 article in The New York Times — the Bed-Stuy brownstone belt is “a gold mine, just waiting to be discovered by newcomers who have no idea of its charms, of its thousands of historic homes just 15 minutes on the A train from downtown Manhattan.”