Bedbug Violations Are Declining, But Infestations May Not Be

The number of violations dipped more than 28 percent over the past five years, according to an analysis from Localize.city, a website that provides insights about every address in New York City.  Localize.city examined bedbug-related violations issued by the city’s Department of Housing and Preservation Development from September 1, 2013 through Aug. 31, 2018.

The decline in violations does not mean that bedbug infestations are necessarily decreasing. Instead, experts believe tenants are increasingly going directly to their landlords with complaints rather than involving the city. Because of that, violations are likely dipping. 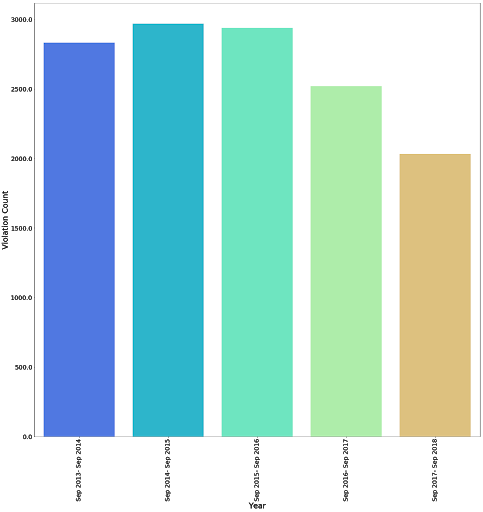 New York City has been taking action to hold landlords more accountable for bedbugs. Under the Bedbug Disclosure Act, passed in 2010, landlords must notify prospective tenants — in writing — about any bedbug infestations in the building during the past year. The city passed another bedbug-related law last year, known as Local Law 69. It went into effect in November 2017 and requires all multi-family building owners to report to the city’s Housing Preservation and Development a year’s worth of bedbug infestation history for each unit, including remediation methods and whether infestations recurred after treatment. Buildings have until December of this year to report the status of bedbugs in their units.

“Incidents are not going down. But a lot of new laws are in place making it harder for landlords to run from the problem. Landlords can’t hide anymore,” said Timothy Wong, founder of the eco-friendly M&M Pest Control. “So now, whenever there’s a bedbug issue, tenants are going straight to the landlord instead of 311. There’s less of a reason to go to the city, so complaints are going down.”

He added: “That doesn’t mean that landlords are doing the right thing. There’s no requirement about how a you’re supposed to treat or inspect for bedbugs.”

Because of that, Wong’s company has seen an uptick in jobs that had been unsuccessfully treated by others or from tenants who are contacting them directly because they were unhappy with who their landlord called.

Additionally, many companies use traditional pesticides that may not be effective. Research has found bedbugs with thicker “skin,” which are resistant to such chemicals, are becoming more prevalent.

To find out whether a building has any bedbug violations, you can look it up on Localize.city. The site displays all quality-of-life violations for every building.

“Bedbug infestations are not only expensive and difficult to eradicate, they are also notorious for spreading from apartment-to-apartment,” Localize.city President Steve Kalifowitz said. “While we make it easy to find out if your building had bedbugs in the past, we’ve recently introduced an ‘update me’ feature. We will notify you if bedbugs are found in your building after you’ve moved in, so you can proactively protect your unit.”

The annual cycle is clear, with a peak in the summer and drop in winter. Violations were typically highest in July through September. This year to date, however, May saw the most violations. Bedbugs can survive in all kinds of weather, but summer is likely a popular time since people tend to travel more during these months, carrying the pests with them back from trips. 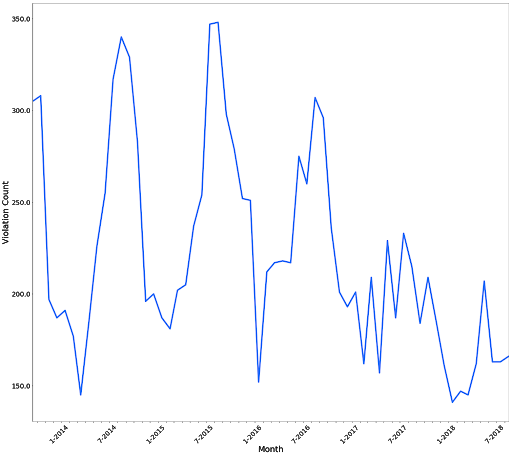 Bronx has the highest bedbug violation rates compared to other boroughs 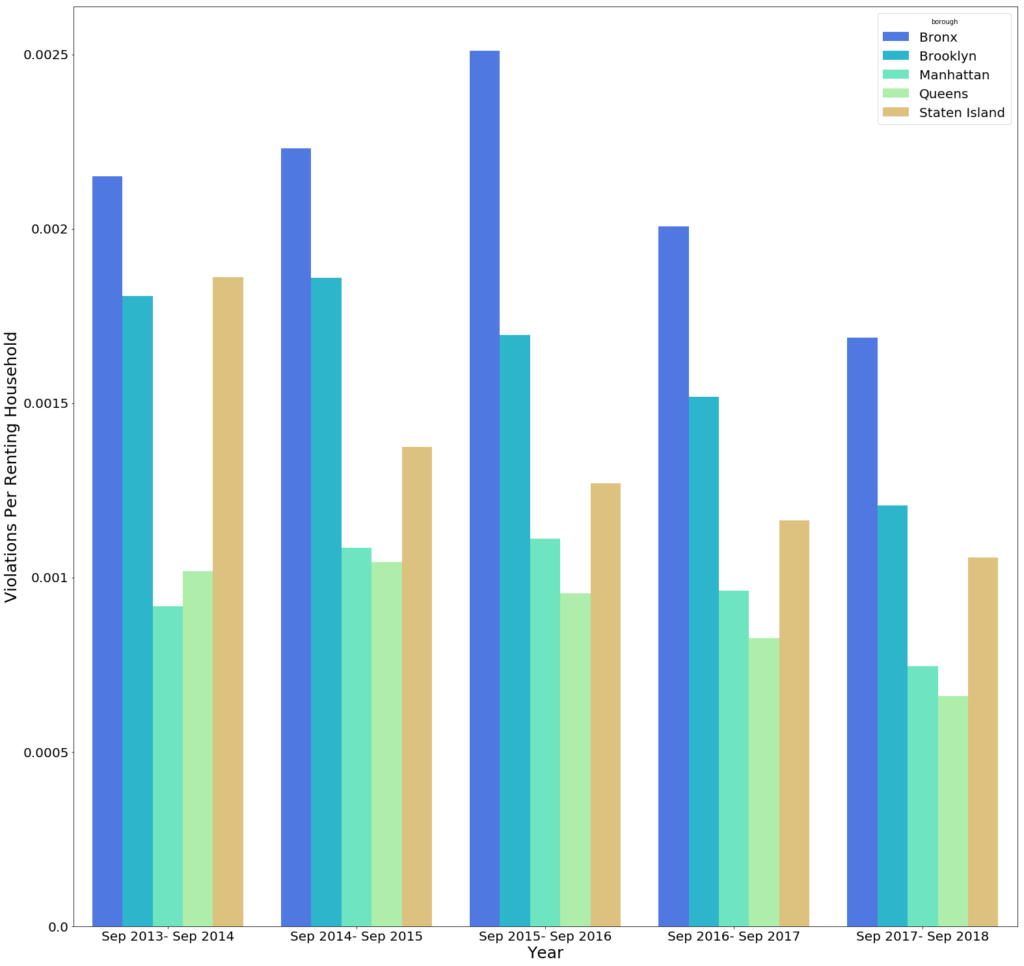 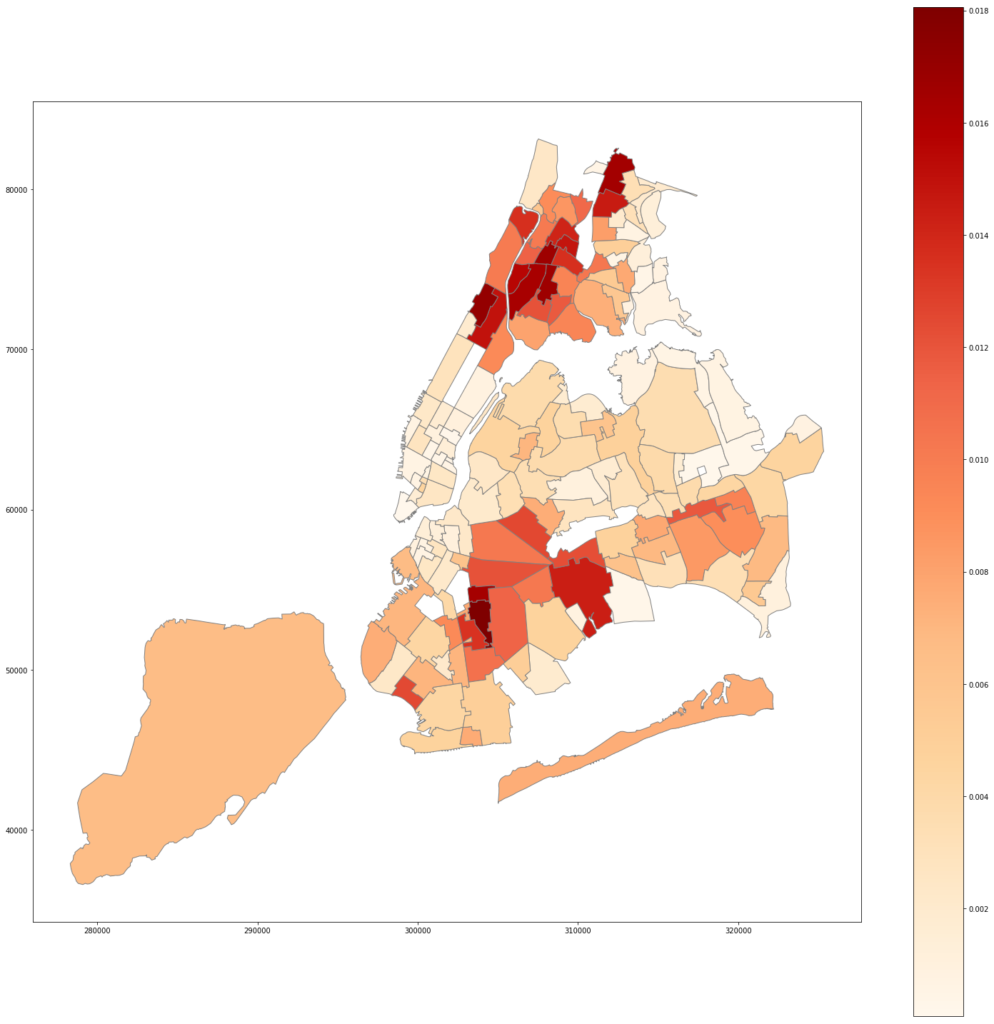 Top five neighborhoods by borough for The Bronx, Brooklyn, Manhattan and Queens by total bedbug violations per renting household from Sept. 1, 2013 – Aug. 31, 2018 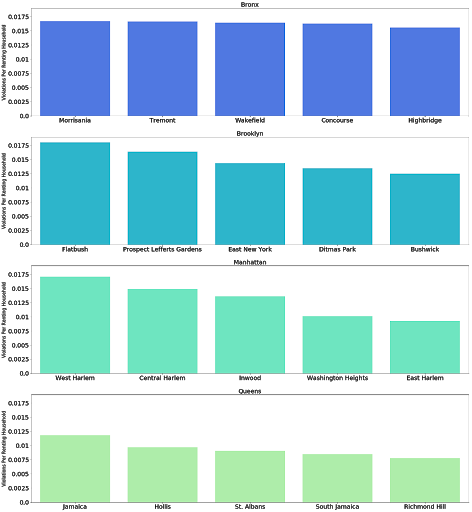