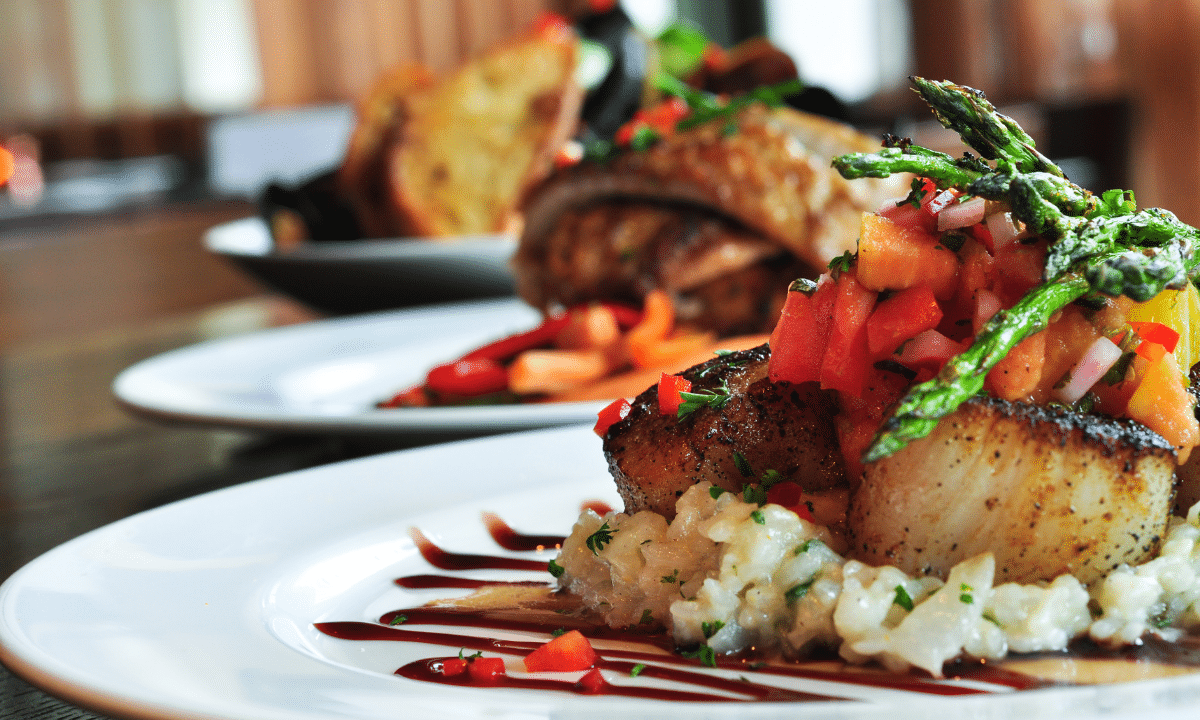 Once overlooked, Alphabet City restaurants are the heart of the East Village’s food scene.

Few Manhattan neighborhoods have changed more in the last 40 years than Alphabet City, the section of the East Village that gets its name from Avenues A, B, C, and D, which run through it. In the 1980s, it was synonymous with the seedy, violent side of New York. Locals even debated what the Avenue letters stood for, deciding that D was either “Danger” or “Dead.”

Leaving its old reputation far behind, Alphabet City is now a place people flock to. Avenue A is known for its “newfound residential cache” and Avenue C is called “one of Manhattan’s great eating and drinking streets.”

Even more surprising, the cool destination that Alphabet City has become today, happened in part because of its former neglect. As an overlooked part of the city, restaurant owners and patrons were able to rethink how eating out in the city could be done – bringing great new concepts to New Yorkers.

Attraction to the Gritty Atmosphere

The most famous restaurant to come out of 1980s Alphabet City is Two Boots Pizza, a Cajun-Italian fusion pizzeria that now has seven locations across the US. When it first opened on Avenue A, the derelict neighborhood made it an inauspicious place to begin a franchise.

But the seedy side of the city was exactly what the owner, Phil Hartman, was going for. Phil only opened Two Boots in order to raise money for his film “No Picnic,” about a failing rock musician who finds that his home neighborhood in the East Village is coming to tatters. While Phil received some modest acclaim with the movie, his creative idea for New Orleans-influenced pizza is what has made him a success. In a fortunate twist of fate, the project that was started to fund a story about Alphabet City’s decline became part of that neighborhood’s turn-around.

Two Boots wasn’t the only restaurant to get started in the old Alphabet City. Many others opened because of pioneering individuals who wanted to bring new foods to the area. In 1987, the New York Times reported on a variety of the new dining options in the neighborhood. More than that, every owner featured in the article saw their new business as a way to contribute to the community. And, as the New York Times noted, these local initiatives were having a big effect: “few areas of Manhattan offer so many different kinds of food for so little money,” the paper reported.

A growing reputation for unique restaurants

In this environment, Alphabet City offered a place of restaurant experimentation that was cut off from typical tourist-friendly New York dining, and its reputation grew quickly.

Alphabet City’s growing popularity is highlighted by a 1994 New Yorker profile of Chloe Sevigny, which opens on Avenue A with Sevigny being sighted at the (now closed) restaurant Stingy Lulu’s — far from a celebrity hangout, Stingy Lulu’s was a diner where all the wait staff were drag queens.

Even as big new condos change the skyline of Alphabet City, the neighborhood continues to be at the forefront of exciting new cuisines and eating opportunities. It’s even adapted well to the pandemic. Food critic Robert Sietsema reported that, on Avenue C, “restaurateurs have taken over the sidewalks and streets with a Bohemian flair. Even before COVID-19, the area had a frontier-sy feel.”

Whatever the future holds, visitors to Alphabet City can be confident that Avenue D now stands for “delicious!”