Many who want to live in New York City dream of living it big like celebrities. Here’s how you can live like the infamous Al Capone.

So who was Al Capone? He was one of the most famous American gangsters and businessmen who rose to notoriety during the Prohibition era. He was also nicknamed “Scarface” for the long scar on his left cheek as a result of a fight in his younger years.

Al Capone ran the Chicago Mafia and it is believed that he amassed a fortune at around $100 million with his organized crime businesses before he was sent to prison in 1931 for tax evasion. Capone’s income comes from various parts of his business such as illegal alcohol and gambling establishments. While no one can be completely sure, it is said that he also employed over 600 gangsters to protect his businesses from other rival gangs.

Additionally, he married young in 1918 to Mae Josephine Coughlin and had one child named Albert Francis Capone, nicknamed Sonny. He and Mae Coughlin stayed married until his death in 1947 due to cardiac arrest.

Where did Al Capone live?

Capone was born in NYC on January 17, 1899 to Italian immigrant parents. Unlike the other New York gangsters during the early 20th century, he didn’t come from an impoverished background. His father was a barber and his mother was a seamstress, both originally from Naples. When his family first arrived in the United States, they settled down in the Navy Yard section of downtown Brooklyn. It wasn’t until Capone was 11 that they moved to the neighborhood of Park Slope in Brooklyn. He then grew up in this childhood home until he moved to Chicago in 1919.

If you’re looking to buy a house in NYC, you might be interested in the Al Capone house in Brooklyn where he grew up. Luckily for you, his former home is now back on the market and up for grabs. Let’s check it out:

This townhouse is located on a peaceful, tree-lined block just off of vibrant Fifth Avenue. Capone’s childhood home today still has a similar exterior to the original home, but everything else has been gut-renovated. It has been turned into three units with an owner’s duplex and two residence rentals. All three units have their own private outdoor space, a rarity in NYC. According to Localize’s insights, the building has no violations and no recent complaints. However, there are two construction sites nearby that are estimated to end in 2021.

The owner’s duplex or main unit has 3 bedrooms and 2.5 baths with a private staircase that leads to a recreation room and private backyard. It also has a south facing living room and an oversized modern kitchen with stainless-steel appliances. The other two residences are one bedroom rental units that have large bedrooms, updated windowed kitchens, bathrooms with soaking tubs, and plenty of storage. Residence 2 has a spacious terrace that can house a dining area for 6-8 people along with a lounge setup. Residence 3 has an oversized, private roof deck with treetop views.

While Capone’s childhood home is currently a three-family home with an owner’s duplex, it can be converted into a single family or combine one of the other residences to have an owner’s triplex with one one residential rental space.

Additionally, the townhouse is located in a neighborhood with below average crime rates and the area has plenty of block parties. These block parties aren’t just kid-friendly, but help build community ties. The neighborhood is also home to Brooklyn Pride, the Lesbian Herstory Archives, and LGBTQ businesses. It is located near plenty of convenient transportation options and is a bike-friendly area with CitiBike stations within walking distance.

If you’re interested in purchasing Al Capone’s childhood home in Brooklyn or even just interested in living in the area, you may be curious about what the Park Slope neighborhood is like.

Park Slope is a neighborhood found in the northwestern part of Brooklyn. It is known for its outdoor and green spaces, brownstones, pre-war apartments, and plenty of bars, dining and shopping along 5th and 7th Ave. The neighborhood has a more suburban and laid-back feel, away from the hustle and bustle of Manhattan, but still has all the upscale amenities.

Due to the tranquil vibes of the neighborhood, plenty of creatives such as writers and artists have flocked to the area. Park Slope is also known for its high-rated elementary and middle schools compared to the rest of Brooklyn and many of its locals also include teachers and academics. The neighborhood is also in close proximity to Prospect Park, Brooklyn Botanic Garden, Brooklyn Museum, Brooklyn Conservatory of Music, and Brooklyn Academy of Music.

Park Slope could be a wonderful neighborhood for you and your family and the area caters to a wide range of people from young professionals to families.

Localize can help you find your perfect home in Park Slope if Capone’s home isn’t the one for you. Our insights can tell you the truth about your apartment along with nearby outdoor spaces, dining, and nightlife options. Happy apartment hunting! 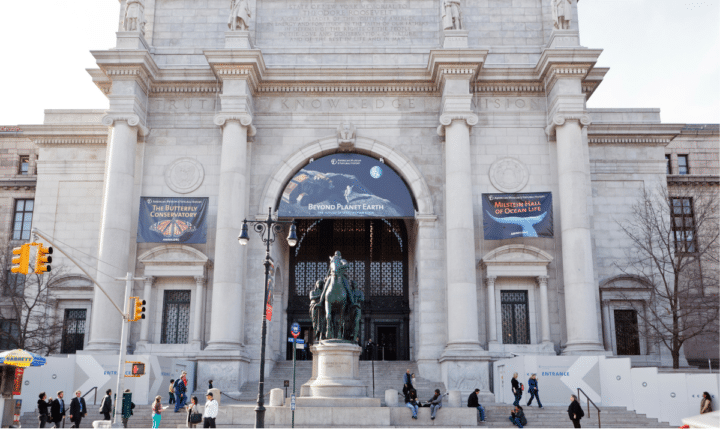 8 Hidden Gems at the American Museum of Natural History 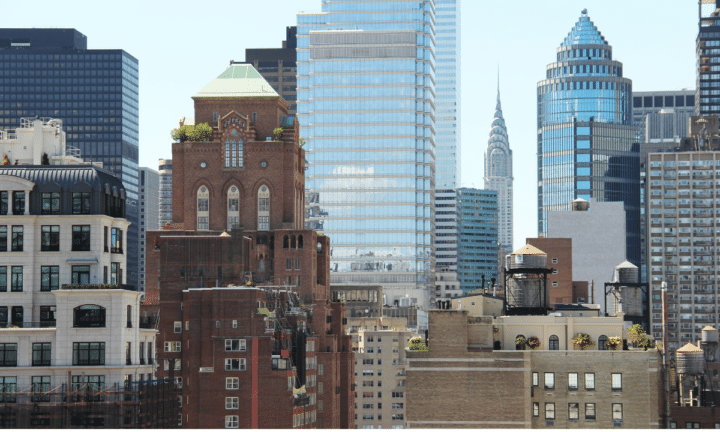