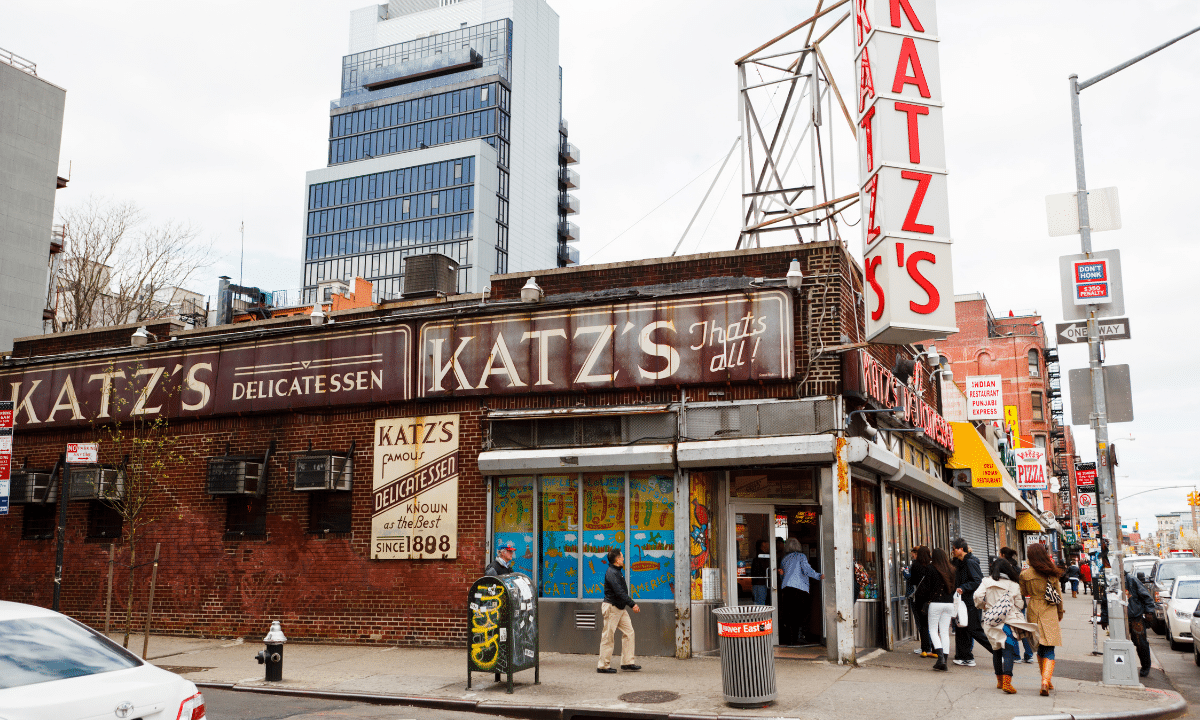 In a neighborhood as steeped in history as Manhattan’s Lower East Side (LES), just about every storefront and building has a story. In fact, its origins as a community for Jewish immigrants arriving from Eastern Europe at the start of the 20th century is still evident as you walk the streets. But the modern Lower East Side, with its luxury condos, popular bars, and trendy restaurants, has come to make its mark as well, often right beside the old tenements of the last century. In other words, the LES reflects so much of what we love about NYC — history enduring side-by-side with constant evolution.

Although some beloved businesses – including the famous bar and music venue Pianos – have closed or taken a hiatus due to the COVID-19 pandemic, there are still plenty of historic hotspots to visit on the neighborhood today. Here, we’ve listed some of our favorite Lower East Side businesses.

Things to do in the Lower East Side

This nightclub, run out of what used to be a bodega, opened its doors in 1995. In the following years, it earned its reputation as the de facto venue for hard rock and punk bands on their way to stardom. Between its cozy capacity and hip clientele, Arlene’s embodies the rock ‘n’ roll roots of New York City.

A more recent addition to the neighborhood, Clinton St. Baking Company makes our list for its iconic brunch scene. It’s not uncommon for patrons to wait hours just to snag a table at this popular spot. When it comes to ordering, it’s hard to go wrong with the plate of fried chicken and waffles, or the Spanish scramble, but the crowd favorite is the pancakes —  available with a wide variety of toppings, mix-ins and garnishes.

In case its name didn’t tip you off, this restaurant is chef Amanda Cohen’s ode to vegetables. Its menu features eclectic vegetable-forward dishes such as Korean fried broccoli and a spinach croque monsieur sandwich. A year after opening its original East Village location in 2009, it became the first vegetarian restaurant in 17 years to garner a coveted two-star review from the New York Times. In 2015, Dirt Candy continued to make history as the first restaurant in the city to share profits with its employees and eliminate tipping, thanks to an included 20% surcharge.

This former shoe and hat repair shop transformed into a candy store in 1937, when it became evident that the candy cart out front was a bigger draw than the repair business. And Economy Candy has flourished ever since. The shop now offers more than two thousand items, with an impressively curated and organized online store for those who can’t stop by in person.

Opened in 1940 to provide LES pushcart vendors with a centralized space to sell their wares, Essex Market has served a community of shoppers seeking specialty foods and cheap eats ever since. As a continued reflection of the neighborhood’s evolution, Essex Market took up a new, larger residence in 2019, on the ground floor of the Essex Crossing development project.

This world-famous deli has been in business since 1888 — that means well over 100 years of expertise, dedication, and care go into its iconic meats and sandwiches. If you’re in the neighborhood, make sure to stop by for a pastrami sandwich, but if you’re out of town, don’t worry: Katz’s meats, fish salads, bagels, bialys, and a whole host of other Jewish specialties are available to be shipped nationwide, too.

The newer Russ & Daughters café is just a stone’s throw away from its original storefront on East Houston Street, which dates back to 1920. That’s when founder Joel Russ began supplying all things appetizing, including smoked and cured fish, salads, and cream cheeses. The shop has made a name for itself by keeping things in the family (it’s one of very few businesses to reach a fourth generation of ownership), and by serving the community with warmth and dedication. Not to mention making some of the very best smoked salmon around. Good news for Brooklynites, they can visit the store’s Navy Yard outpost as well.

Whether you’re in the mood for live music, obscure candy, or a pile of pancakes, the Lower East Side has what you’re looking for — with a hearty serving of history on the side.